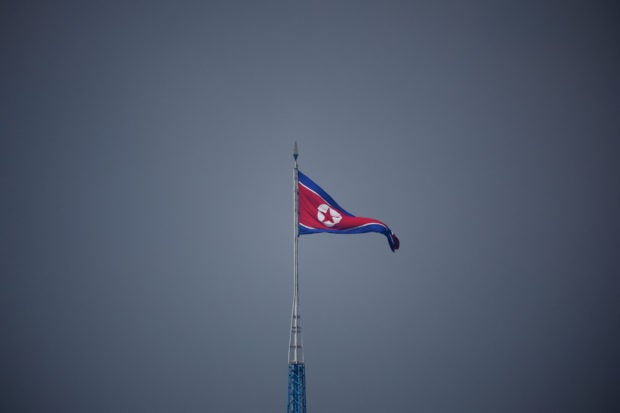 A North Korean flag flutters at the propaganda village of Gijungdong in North Korea, in this picture taken near the truce village of Panmunjom inside the demilitarized zone (DMZ) separating the two Koreas, South Korea, July 19, 2022. (REUTERS / file photo)

SEOUL  – North Korea fired unspecified ballistic missiles toward the east coast on Saturday, South Korea’s Joint Chiefs of Staff said, marking Pyongyang’s fourth launch in a week as it ratchets up tension in the Korean peninsula.

North Korea fired missiles before and after Harris’ visit to South Korea, extending a record pace in weapons testing this year as it increases the threat of a credible nuclear power that can strike the United States and its allies.

Nuclear tests and ballistic missile launches by North Korea have long been banned by the Security Council.

The military did not give details of the travel range, height and speed of the missiles.

The isolated country has completed preparations for a nuclear test, a window which could open between China’s party congress in October and the U.S. mid-term elections in November, South Korean lawmakers said on Wednesday.