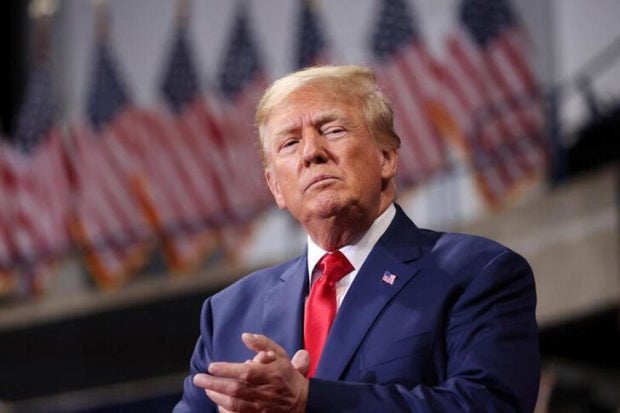 WASHINGTON — A federal judge on Thursday ruled that former President Donald Trump does not have to provide the court with a sworn statement attesting to whether he believes the list of items seized by the FBI from his Florida estate is accurate and complete.

The order from U.S. District Judge Aileen Cannon came after U.S. Senior Judge Raymond Dearie, appointed as special master at Trump’s request to oversee a review of the records seized from Mar-a-lago, had ordered Trump’s lawyers to let him know if they disputed the accuracy of the government’s property inventory list.

Trump has claimed, without evidence, that the FBI may have planted evidence when it searched Mar-a-lago on Aug. 8.

Late on Wednesday, Trump’s lawyers lodged a complaint with the court about Dearie’s demand, saying it exceeded the scope of Dearie’s authority.

“There shall be no separate requirement on [Trump] at this stage, prior to the review of any of the seized materials, to lodge ex ante final objections to the accuracy of [the government’s] inventory, its descriptions, or its contents,” Cannon wrote in her order.

“The court’s appointment order did not contemplate that obligation,” she added.

The government has said it carted away more than 11,000 records, about 100 of them marked as classified.

The Justice Department, which was also ordered to provide a sworn statement attesting to the accuracy of the inventory, has made some amendments to its list, such as adding 53 documents.

Dearie was appointed by Cannon over objections from the Justice Department to review the more than 11,000 records seized from Mar-a-lago on Aug. 8. He is required to weed out any records that could be subject to claims of attorney-client privilege or executive privilege, a legal doctrine that can shield some White House communications from disclosure.

Initially Cannon ordered him to include the classified materials in his review, but the U.S. Court of Appeals for the 11th Circuit reversed that decision after the Justice Department filed an appeal.

On Wednesday, Trump’s lawyers told Dearie they objected to his request to address whether they disputed the accuracy of the FBI’s property inventory list, claiming such a demand “exceeds the grant of authority” that Cannon gave the special master.

They said it is hard to find a vendor who can process the records in time to meet the deadlines. The roughly 11,000 records, they say, amount to about 200,000 pages.