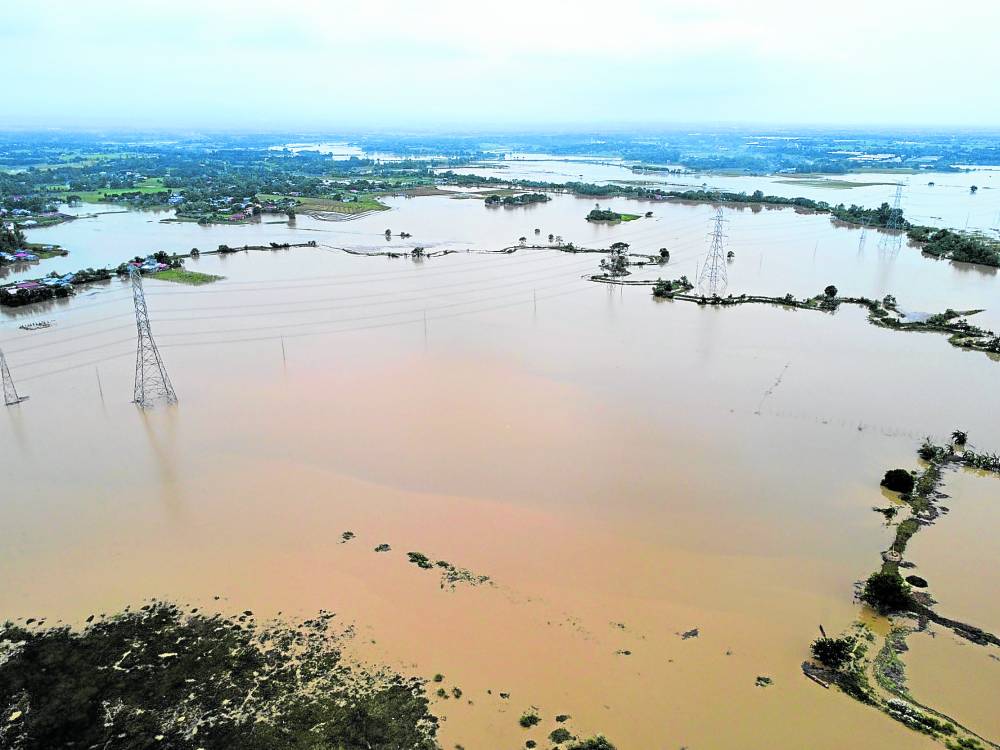 DESTROYED CROPS Farmers in Luzon provinces hit by Typhoon “Karding” (Noru) will need assistance from the government so they can recover their losses. On Monday, agricultural areas in San Miguel, Bulacan, remain flooded due to heavy rain dumped by Karding. —GRIG C. MONTEGRANDE

Of these, 25,177 people or 6,345 families are staying in evacuation centers in the Ilocos, Cagayan Valley, Central Luzon, Calabarzon (Cavite, Laguna, Batangas, Rizal and Quezon), Mimaropa (Mindoro, Marinduque, Romblon and Palawan), Bicol and Cordillera regions, while 15,286 others (3,482 families) are staying with friends and relatives.

A drowning victim from Antipolo City in Rizal province was added to the list of fatalities, pushing the death toll to 11, the NDRRMC said on Thursday. The earlier reported fatalities included five rescuers from San Miguel, Bulacan.

Six people — five fisherfolk from Mercedes, Camarines Norte and a resident of Antipolo—remained missing as of Thursday, the NDRRMC said.

Thirty five cities and towns have declared a state of calamity, including the entire province of Nueva Ecija and the towns of Dingalan in Aurora, San Miguel in Bulacan and Macabebe in Pampanga. The declaration allows local governments to tap calamity funds for relief and rehabilitation efforts.

The estimated cost of damage to roads, bridges and flood control projects has reached P23.45 million, the NDRRMC said. Damage to agriculture was estimated at P2.02 billion, according to the latest report from the Department of Agriculture. Rice and corn farms in areas battered by the typhoon in central and southern Luzon on Sunday and Monday posted the biggest crop losses.