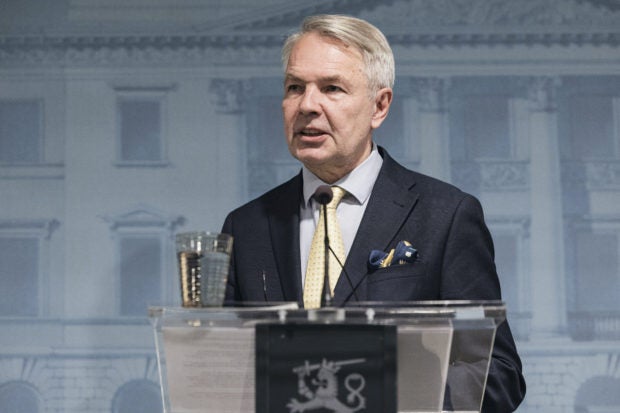 Finnish Foreign Minister Pekka Haavisto speaks during a news conference on the government’s resolution regarding the right of Russian citizens to enter Finland as tourists, in Helsinki, Finland September 29, 2022. Roni Rekomaa/Lehtikuva/via REUTERS

HELSINKI — Finland will close its border to Russian tourists from midnight local time (2100 GMT), which is expected to lead to a significant drop in cross-border traffic, the government said on Thursday.

Entry for family visits, as well as for work and studies, will still be permitted, he added.

The Finnish government, wary of being a transit nation into western Europe’s passport-free Schengen zone, on Friday said it planned to halt tourism from Russia and that a decision would be finalized in the days that followed.