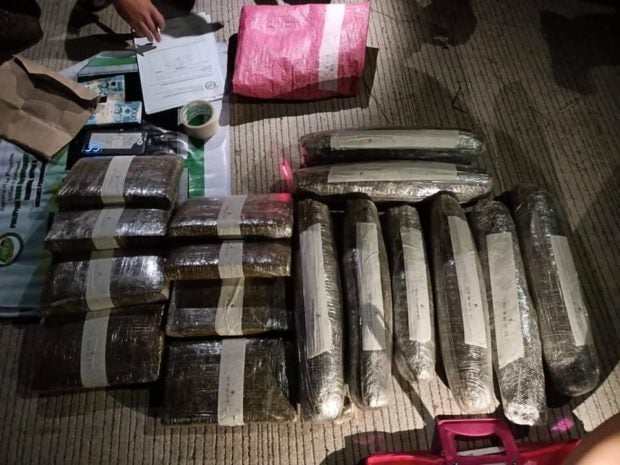 TUGUEGARAO CITY — Authorities in the Cagayan Valley region and nearby Kalinga province arrested on Wednesday a suspected drug dealer, and seized some 15 kilos of dried marijuana bricks worth P1.8 million during a buy-bust operation in Tabuk City.

Seized from Yag-ao were eight bricks of dried marijuana leaves, stalks, and fruiting tops during the buy-bust operation.

Yag-ao was placed in police custody while waiting to be charged with breaching the Comprehensive Dangerous Drugs Act of 2002. INQ