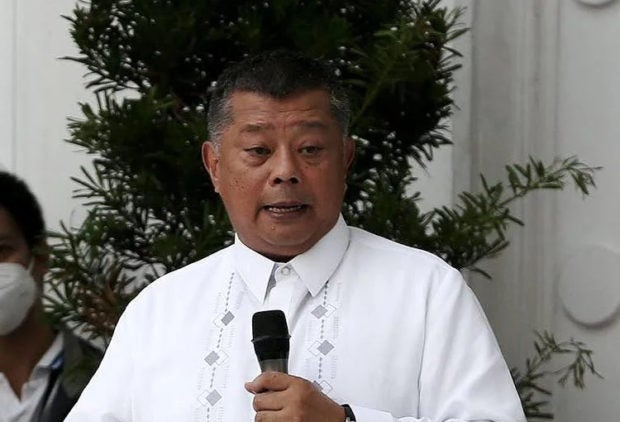 MANILA, Philippines — Justice Secretary Jesus Crispin Remulla said on Wednesday that International Criminal Court (ICC) Chief Prosecutor Karim Khan was doing the tribunal a “great disservice” by “challenging the Philippine system” for insisting on a full-blown investigation of the alleged crimes against humanity committed during the drug war under the Duterte administration.

“The unfortunate thing here is, here comes a foreigner who thinks he knows the Philippines more than we do, who thinks that it is so easy to run government from our side of the fence,” Remulla, who was visibly irked, said at a press briefing.

“They cannot run roughshod over our system and say, ‘You’re a lousy country and you cannot do what we want you to do.’ Are they dictating on us on what we should do as a country?” he added.

‘Easy to be a kibitzer’

Remulla continued: “It’s easy to be a kibitzer, to point an accusing finger, to criticize … but if you were in the shoes of those who are working, what would you do if you were here?” The justice secretary made the remarks after Khan rejected the submissions turned over by the national government and insisted that the ICC should continue with its probe of the drug war.

Solicitor General Menardo Guevarra, meanwhile, pointed out that the ICC had yet to decide on the national government’s request against the tribunal resuming its own investigation.

In a message to reporters, Guevarra clarified that what was published was Khan’s response. “Regardless of the Pre-Trial Chamber’s ruling, however, the Philippine government will avail itself of all legal remedies, both domestic and international, even as it vigorously pursues its own investigation and prosecution of crimes committed in relation to the government’s so-called war on drugs, all within the framework of our own legal and judicial system,” he said.

According to Guevarra, the Office of the Solicitor General was mulling over whether there was a need to respond to Khan’s remarks.

But Remulla said he didn’t see the need for it since the Philippines already withdrew from the ICC.

“No need… we are a sovereign country that has a functioning system… so, I don’t see what the racket is all about, because as far as we’re concerned, we’re not members of the ICC anymore,” he told reporters.

Remulla also rejected Khan’s findings that the government was investigating only a small number of drug war cases.

Remulla noted that the incidents being sought for investigation by Khan happened under the previous administration.

“Preliminary investigations are still ongoing, we are still waiting for witnesses to surface because we need to prove the cases, we need that to prove the details of every case,” he said.

He also said that the government would continue its inquiry into alleged crimes related to the drug war despite Khan’s stand.