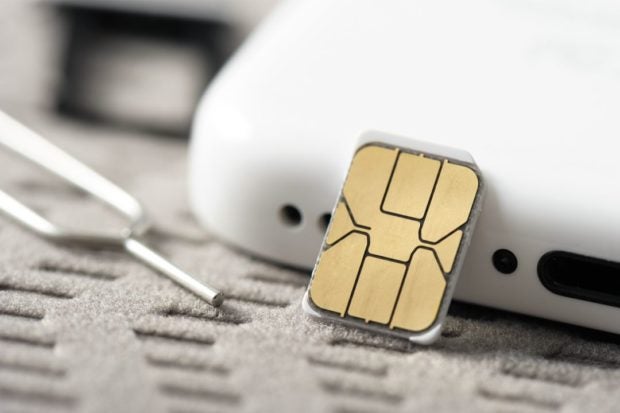 MANILA, Philippines — The bicameral conference committee’s report on the subscriber identity module (SIM) registration bill was ratified in the Senate on Wednesday.

During the Senate plenary session, Senator Grace Poe, sponsor of the measure, presented the reconciled parts of the bill.

Poe, chairperson of the public services panel, said that they agreed to use the Senate’s version of the measure or Senate Bill No. 1310 as the working draft.

“Today, we finally send a clear reply to these scam and spam messages – ‘STOP’ under pain of penalty. As the text capital of the world, we hold precious our means to communicate. Any one who abuse or misemploy the system for their own fraudulent and unlawful interests must be traceable and subsequently held accountable,” she said.

“This is not a magic cure-all to our telco problems but it is a huge step in the right direction. I couldn’t be more grateful and proud to be a part of a Congress that prioritizes the welfare and safety of our end-users,” she continued.

According to Poe, both chambers of Congress agreed to remove the term “card” from SIM card as all variations of SIMs must be covered.

The bicameral conference panel likewise “remained mostly faithful to the Senate version, specifically on the 180 day period of registration, registration of a SIM by a minor through a parent or guardian, and all the safeguards on the SIM Register.”

The Senate and House contingents also modified the bill to include a “non-exhaustive list of identification cards with photo” that can be shown during registration. They also clarified the documentary requirements for foreign nationals.

Meanwhile, postpaid subscribers’ data should already be included in the SIM register as they may have already provided personal information to their respective public telecommunications entity (PTE) upon subscription, the lawmakers agreed on.

To ease registration in far-flung areas, PTEs are tasked to establish registration facilities within 60 days to cater all residents, especially those who have limited access to the internet, the bicameral report said.

The bicameral committee also added extra clauses in the confidentiality like “ensuring that the court order for disclosure is only upon finding of probable cause.”

The SIM registration bill seeks to eradicate crimes aided by SIM such as scam text messages that bug every mobile user.

The Senate’s SIM registration bill hurdled the final reading on Tuesday, while the House of Representatives version was approved last week.