World News Day: In times of crisis and change, journalists play a critical role in society 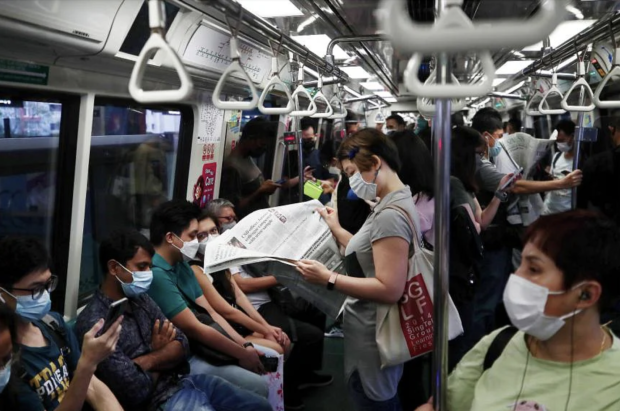 Journalists in professional newsrooms have a vital role to play in safeguarding the well-being of the communities they serve. The Straits Times/Asia News Network

SINGAPORE — We live in bewildering times.

War is raging in the heart of Europe, with the senseless fighting expected to make for a long, hard winter.

Food and fuel prices have spiraled as a result, portending hunger and hardship, not least for vulnerable communities far flung from the conflict.

Rising tensions in East Asia, amid the rivalry between the United States and China, make Taiwan a tinderbox that could flare up into a major confrontation that no one wants, nor may be able to control once set off.

Against this backdrop, the welter of reports on extreme weather – sweeping floods, roaring fires and devastating droughts – across the world raise alarms that the climate crisis is getting harder to address by the day.

Little wonder that audiences say they are exhausted by the news. People are anxious about present developments and where they might be heading.

Fake news and misinformation add to the malaise. Some of this is spread deliberately, to sway public opinion, but much is also shared innocently, even unthinkingly, on social media platforms. Yet, curbs to check the former could constrain legitimate interaction.

At times like these, World News Day, which we mark today, is of added significance.

Today, we reflect on how journalism can make a difference, and why it is so important that it does.

Journalists in professional newsrooms have a vital role to play in safeguarding the well-being of the communities they serve. Our democracies depend on them doing so, effectively and purposefully.

How best to do so?

To my mind, we need to focus on delivering information, insight and inspiration.

Credible information – fact-based, reliable and timely – remains vital if we are to have reasoned, and reasonable, debates on how to tackle the challenges we face and figure out the ways forward. While we might all be entitled to our opinions, we are not entitled to our own facts. Without any agreement on even basic facts, democratic discussions are reduced to a cacophony of assertion, where “the best lack all conviction, while the worst are full of passionate intensity”, as W.B. Yeats put it.

Not surprisingly, in this age of bewilderment, audiences are seeking out trusted voices, whom they can rely on to deliver reliable reports and insightful commentaries. Multiple studies show that apart from the news, audiences value explainers, backgrounders, analysis – whether online, on video or through newsletters.

Beyond this, faced with relentless waves of doom and gloom, people also want inspiration. They want to hear about possible solutions to the problems at hand, as well as of those who are stepping up to address them. So too content that seeks to shine a light in dark corners, and give voice to communities and subjects that are more often neglected or ignored.

Allow me to cite one example: a video series, titled Invisible Asia, in which my colleagues from The Straits Times cast a spotlight on people living in the shadows of their societies, largely unseen and unheard.

These include the ostracized burakumin, or “untouchables”, in Japan, the hardships endured by sewer cleaners in modern-day India, and China’s silent army of odd-job migrant labourers, as well as the sense of isolation faced by unsuspecting brides drawn from abroad to marry men in Singapore.

The series was awarded the top prize for investigative/enterprise video journalism at the global Editor & Publisher Eppy Awards 2021.

Many more examples of how journalism has made an impact can be found on the World News Day website.

At a time when Orwellian “war is peace, freedom is slavery” doublespeak and state-sponsored misinformation campaigns are rampant, it seems fitting to turn to that journalistic sage, George Orwell, for inspiration on World News Day.

In his 1946 essay, Why I Write, Orwell argued that all writing, but perhaps especially journalistic endeavours, has a political purpose, as well as a quest for telling a good story well.

His words ring true today. He wrote: “My starting point is always a feeling of partisanship, a sense of injustice.

“When I sit down to write a book, I do not say to myself, ‘I am going to produce a work of art’. I write it because there is some lie that I want to expose, some fact to which I want to draw attention, and my initial concern is to get a hearing.

“But I could not do the work of writing a book, or even a long magazine article, if it were not also an aesthetic experience… I am not able, and do not want, completely to abandon the world view that I acquired in childhood. So long as I remain alive and well I shall continue to feel strongly about prose style…

“The job is to reconcile my ingrained likes and dislikes with the essentially public, non-individual activities that this age forces on all of us.”

So it was, and so it remains, especially today.