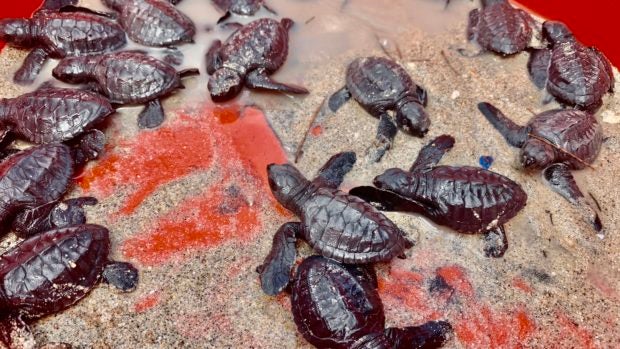 It was the first batch of baby sea turtles (pawikan) returned to their natural habitat ahead of the amihan season after an adult marine turtle laid eggs on July 30. 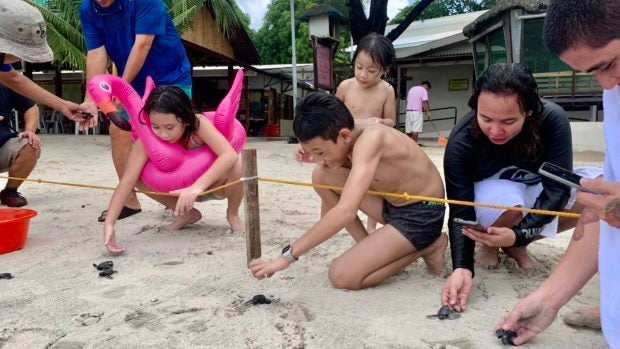 The hatchlings were cared for by the management of All Hands Beach Resort, which serves as a sanctuary for turtles that usually come to lay eggs from November to December every year.

The resort has released 8,671 sea turtle hatchlings since it opened in 2012. INQ