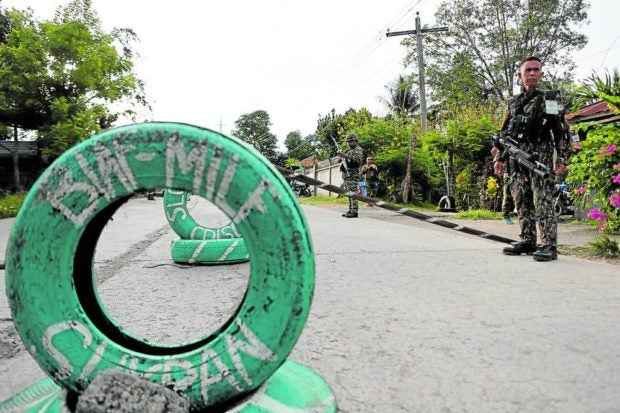 The third phase was launched in November last year, targeting 14,000 combatants. After processing 7,200 combatants, it had to be suspended by March this year due to the election period.

“Now, we are accelerating the implementation of the normalization track. As we strengthen the systems of governance in the BARMM (Bangsamoro Autonomous Region in Muslim Mindanao), there’s a need for us to make sure that our former combatants are able to enjoy the dividends of economic growth,” said government peace implementing panel chair David Diciano.

Among those processed on Tuesday was a person with disability, taking his wheelchair and assisted by a social worker. But many were able-bodied men in their 30s.

Ebrahim admitted that some of the decommissioned combatants were young, age 30 to 40, who took the place of their parents to continue the struggle after their elders perished either during the battles or due to illness.

MILF’s Murad: Decommissioning is not surrender