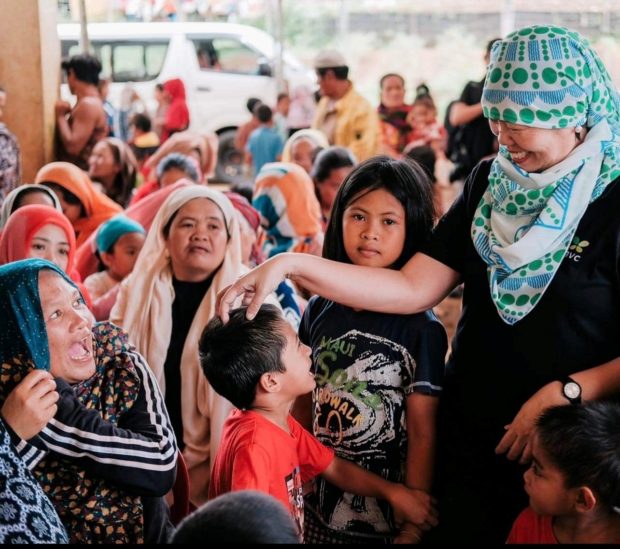 BACOLOD CITY — A non-government organization based in Negros Occidental will receive an award from the Ateneo de Manila University on November 22 for its outstanding efforts to serve the public.

The Negrense Volunteers for Change (NVC) Foundation Inc. is the recipient of the university’s Parangal Lingkod Sambayan Award for “harnessing individuals’ energies, resources, talents, and skills to help those most in need” through its nutrition, education, and livelihood programs.

Ateneo, in its announcement on Tuesday, September 27, said NVC “epitomizes what the power of the human spirit can do.”

NVC president Millie Kilayko said their foundation “never intended to be big but simply wanted to focus on serving the needs of people within our immediate community, with no desire for recognition.”

She said that the NVC team still considers itself a small provincial organization and was surprised over the honor from the university.

“We really didn’t do great things, but yes, we did small things with great love. The award is a tribute to how God’s love delivers through His little people,” Kilayko said.

The 12-year-old organization has enrolled almost 50,000 children in 60 provinces in its Mingo Meals Program, a 180-day nutrition protocol for malnourished children and has provided more than 22,000,000 servings of this complementary food which is manufactured in its Bacolod-based processing plant.

Mingo also is a convenient food for children in emergency relief situations, and NVC has recently reported 10,000 servings are on their way to the Polillo group of islands in Quezon Province, where Typhoon Karding made its first landfall in the country.

It has helped provide access to livelihood through many channels which includes provision of livelihood tools to the marginalized and support to food security projects of small farmers especially the Indigenous Peoples. NVC has also built classrooms and provided educational materials to children, as well as helped rebuild homes hit by disasters.

Kilayko will share the stage during the November award ceremonies with Nobel Prize awardee Maria Ressa who will be conferred an honorary degree, while former Health Secretary Jaime Galvez Tan will receive the same public award as NVC’s.

Eva K. Galvey will receive the Ozanam Award that honors Christians who have given distinctive and continued service to their fellowmen in accordance with the principles of justice and charity while Palanca awardee Lualhati Bautista will receive the Tanglaw ng Lahi award for persons who have dedicated their life’s work to the pursuit of Filipinism and Philippine culture.