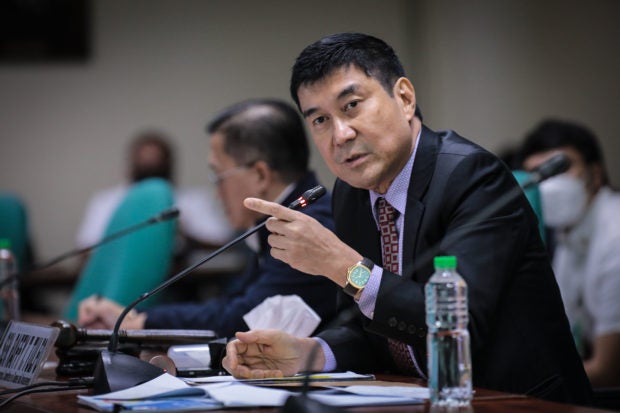 While discussing the proposed budget of the DND next year, Tulfo stressed the importance of keeping the morale of the military high, noting how soldiers were supposedly asked to do certain errands for some generals.

(Let me remind you, guys, that no matter how good our military hardware equipment is, it is as good as the people behind them, the people that operate them, so we should keep the morale of our men high.)

“And having said that kasi may na observe ako, a couple of years ago, yun bang mga pupunta ka sa bahay ng mga  heneral, ginagawang boy yung mga sundalo. Huwag naman po. And I know that for a fact, and you guys can’t deny that.”

(Because I observed a couple of years ago, when you go to a house of general, you see soldiers doing house chores for them. So let’s not do this. And I know that for a fact, and you guys can’t deny that.)

He argued that troops’ primary purpose was not to do errands for generals, but rather to protect and defend the nation and its citizens.

(Our government trained our soldiers how to use a gun and fight the enemies to defend our country. How to hold a gun, not how to wield the broom.)

Faustino, who was present in the hearing, vowed to comply with the request as he also promised to investigate the matter.

Read Next
With flowers and a gun salute, Japan bids farewell to slain Abe at state funeral
EDITORS' PICK
Shop smarter with vivo’s big 12.12 holiday deals
The vivo Y02 is now available in the Philippines for only PHP 5,299
How not to retire as an ex-president
Hidilyn Diaz wins only gold missing from her collection
House energy committee chair Arroyo bats for cheap electricity
Lawmakers eyeing more changes in Maharlika plan
MOST READ
Jovit Baldivino, ‘Pilipinas Got Talent’ winner, dies at 29
LPA enters PAR, to likely strengthen into tropical depression in coming days – Pagasa
Andi Eigenmann, family in Manila for a quick visit; Ellie dines with grandma Jaclyn Jose
11 Filipino imports named to Japan B.League Asian All-Star team
Don't miss out on the latest news and information.