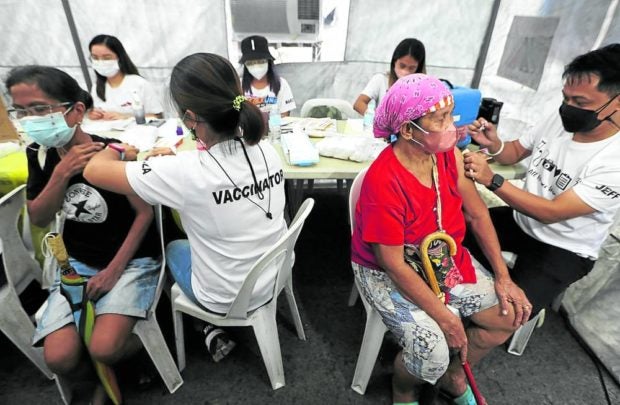 He also noted an increase in the region’s reproduction and positivity rates.

Reproduction rate refers to the average number of people who can potentially be infected by the coronavirus, while positivity rate is the percentage of tests conducted that came out positive for COVID-19.

The World Health Organization’s (WHO) benchmark positivity rate of below 5 percent, sustained for two weeks, indicates that virus transmission is under control.

Despite this, the region’s health-care utilization for COVID-19 remained “low” at 36 percent, according to him. “Cases are expected to increase further, but we expect hospital bed occupancy to remain at low levels,” he added.

The DOH, meanwhile, reported two new severe and critical cases that accounted for 0.01 percent of the new cases reported for the week.

A total of 242 new COVID-19 fatalities were verified during the past week, 34 of which occurred this month. The rest happened between April 2021 and January 2022, but were reported only in the past week.

As of Sept. 25, there were 790 severe and critical admissions, the DOH said, adding that this was 11 percent of the total COVID-19 admissions.

The DOH weekly case bulletin also included the government’s vaccination accomplishment with over 73 million Filipinos or 93.49 percent of the target population now fully vaccinated against COVID-19.

The DOH also said that over 19.2 million individuals had received their booster shots, with 328,452 boosted during the same period.

Speaking at the televised Laging Handa public briefing, Solante said that aside from the BA.5 Omicron subvariant that was now the dominant COVID-19 strain in the country, there were other equally transmissible variants such as BA2.75 that had been detected in 48 countries, and its mutation BA2.75.2.

The Philippine Genome Center’s sequencing results made public earlier this month showed that of the sampled 436 Omicron cases, 425 were caused by the BA.5 subvariant, 10 by BA.4 and only one by BA.2.

“We are also experiencing patients [coming] from households, the same family. And in fact, most of them are only COVID antigen-positive. What Octa sees are only the RT-PCR positive. So, it could be more than the 2,000 that we would expect and we know why cases are rising: there is high mobility among the people, many are relaxing health protocol compliance, they are not wearing face masks anymore and are attending several gatherings,” Solante said.