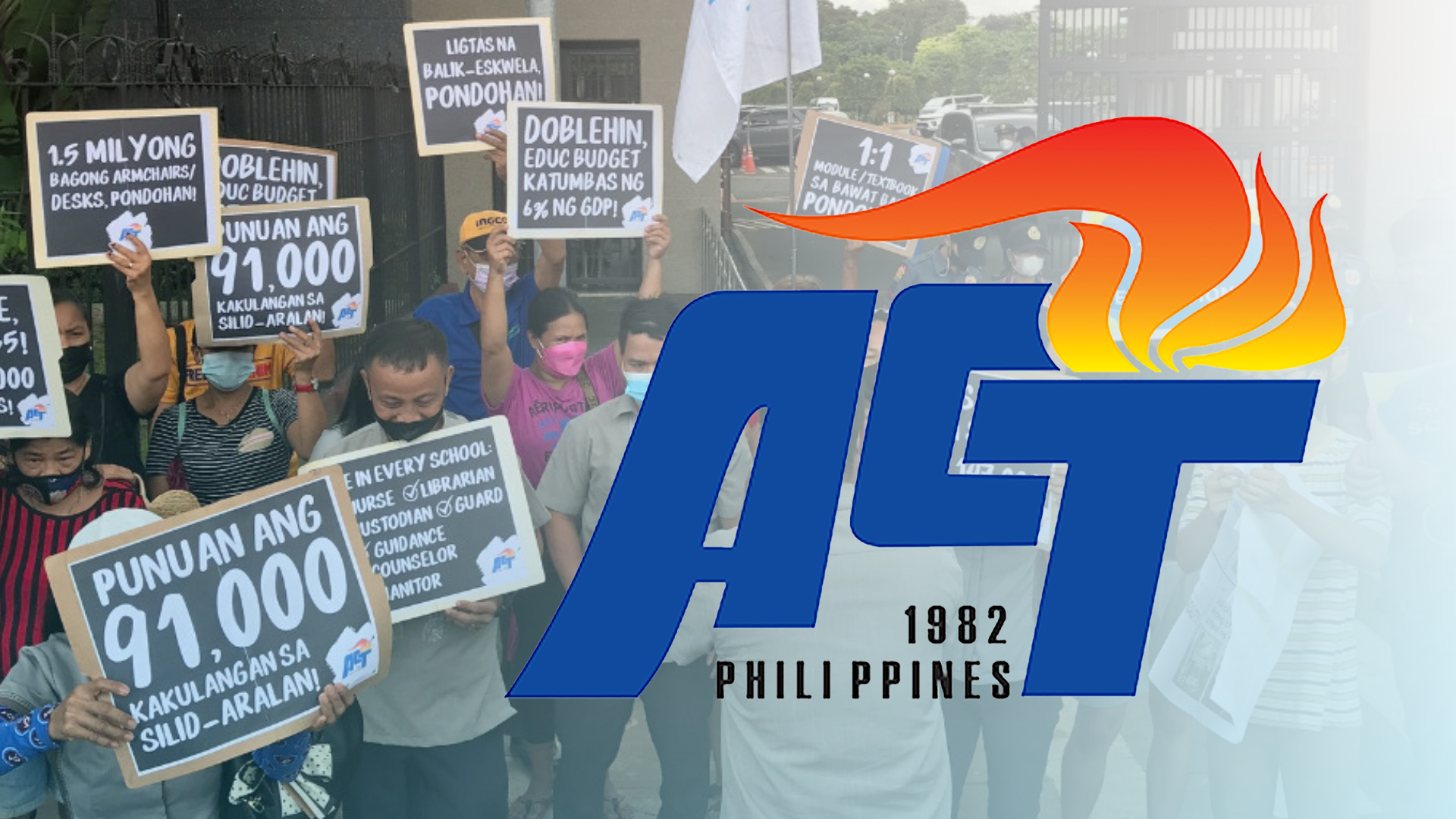 MANILA, Philippines — An alliance of teachers called on the government to provide “urgent and game-changing measures” to improve the condition of educators in the country and recover from the learning crisis.

Members of the Alliance of Concerned Teachers (ACT) made the call in a social media rally on Wednesday during the live stream of the House plenary session on the Department of Education’s (DepEd) budget for 2023.

(Teachers and students should not just take this worsening situation in schools.)

ACT also demanded that the budget for education be doubled to respond to shortages in learning needs for education recovery and to raise teachers’ salaries.

(Almost 900 classrooms were built this year, but we still lack 90,000. No concrete plans were laid down on how to address these shortages. Instead, they resorted to class shifting, tapping the assistance of local government units, and borrowing space in private schools.)

Quetua also questioned how the DepEd used its funds for its computerization program and for inclusive and gender-sensitive education.

(DepEd’s response on using billions of funds in the computerization program is also unclear. They said they used it to buy laptops for teachers, but the funds used were from the Bayanihan 2. They claimed that they use it for TV and radio-based instruction, but only a small number of teachers and students use it.)

(The Department of Education’s (DepEd) response to inquiries on how to guarantee an education that is both gender-balanced and open to all students is also muddled. For example, they had difficulty explaining the Alternative Learning System and Comprehensive Sexuality Education. As a result, the budget for Special Education is zero, and cuts will be made to the education budget for indigenous communities.)

Quetua also questioned why the DepEd’s proposed budget of P710 billion next year will have P150 million in “confidential funds.”

“Amid all the problems in insufficient funding and inefficient administration by the DepEd, it is exasperating how the agency repeatedly defended the allocation of P150 million in confidential funds,” he said.

“Our students’ and teachers’ welfare should come first,” he added.