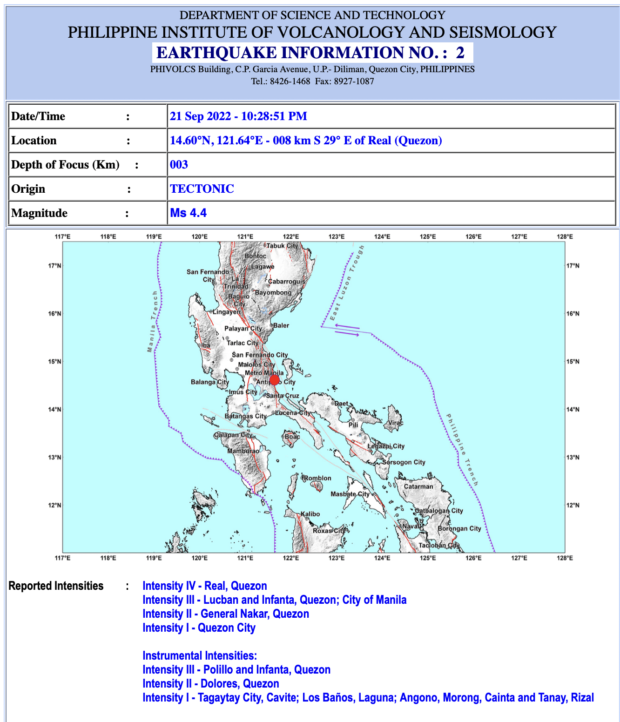 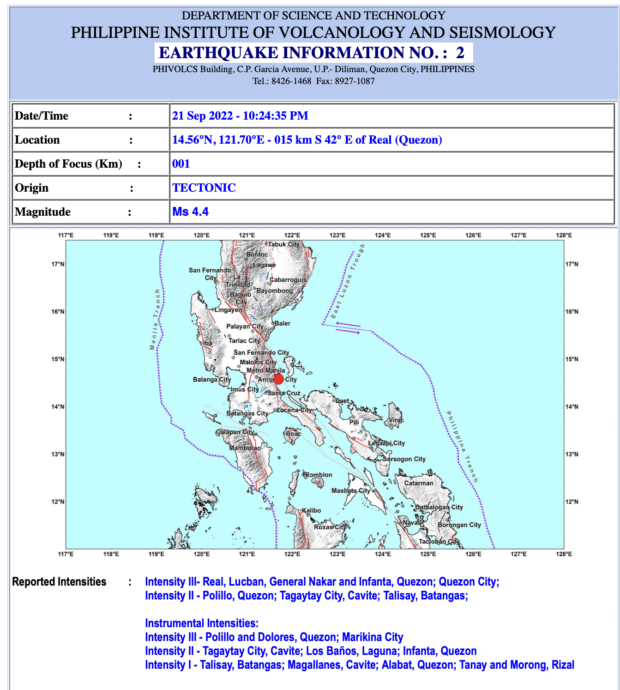 Phivolcs detected the first quake at 10:24 p.m., wits its epicenter traced 15 kilometers east of Real, Quezon. The tectonic earthquake’s depth of focus was one kilometer.

Phivolcs said the second tectonic earthquake was detected at 10:28 p.m.. Its epicenter was traced eight kilometers east of Real, Quezon and had a depth of focus of three kilometers.

The second earthquake had the following intensities:

No damage or aftershocks are expected, said state seismologists.