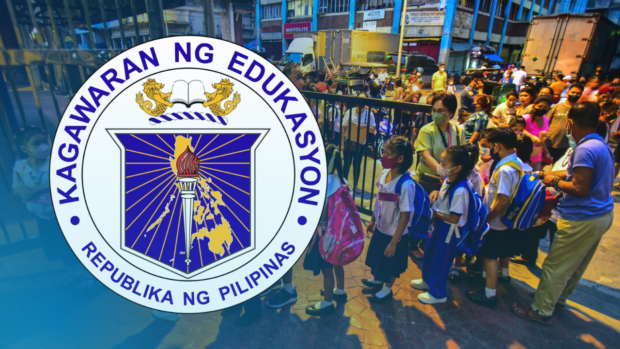 MANILA, Philippines — The Department of Education (DepEd) may use its surplus under the maintenance and other operating expenses (MOOE) to fund its special education (SPED) programs, the Department of Budget and Management (DBM) said on Monday.

The DBM explained that there is a P1.216-billion surplus for the Programs and Projects – Operation of Schools – Elementary and Junior High Schools under the DepEd’s maintenance and other operating expenses (MOOE) under the 2023 national expenditure program.

“Further, please note that during budget execution, items may be realigned and modified by the implementing agency to accommodate the requirements of any program that is in dire need of additional resources,” DBM stressed in a statement.

“[W]e deemed that the program support or additional allocation for the smooth implementation of the SPED may already be accommodated within the same program, and that a separate budget for the purpose may no longer be necessary,” it added.

Under the 2022 General Appropriations Act (GAA), the SPED program has a 1.13-percent obligation rate as of June 30, the DBM pointed out. The figure equates to P6.35 million out of the P560.202-million SPED allocation.

Meanwhile, the DepEd clarified that the department’s intended P532-million 2023 allocation for SPED has not been considered in the national expenditure program.

DepEd issued a statement on Monday after it said in a House hearing that it has zero budget for SPED.

“The Department of Education has proposed a budget of P532 Million for SPED for FY (Fiscal Year) 2023,” the agency, led by Vice President Sara Duterte, said.

“Unfortunately, despite our earnest efforts to advocate for our learners with special needs, it was not considered in the National Expenditure Program (NEP). This is true for two other programs that were excluded from the NEP,” DepEd explained.

DepEd said that it is a “recurring circumstance” yearly. But, DepEd is “not at a loss” as the agency works with Congress members to look for other sources for its programs.

Likewise, efforts within the department are exerted to “ensure that programs are supported,” the education agency said.

Noting that DepEd proposed the retention of the line item for next year’s budget, the DBM said that the education agency did not provide sufficient documentation for its SPED allocation.

“[N]o sufficient documentation was provided to support the same, such as: details of the proposed amount with specific purposes, basis of computations/parameters, status of the ongoing conversion and establishment of Inclusive Learning Resource Centers (ILRCs) funded under FY 2021 and FY 2022 GAA,” DBM said.