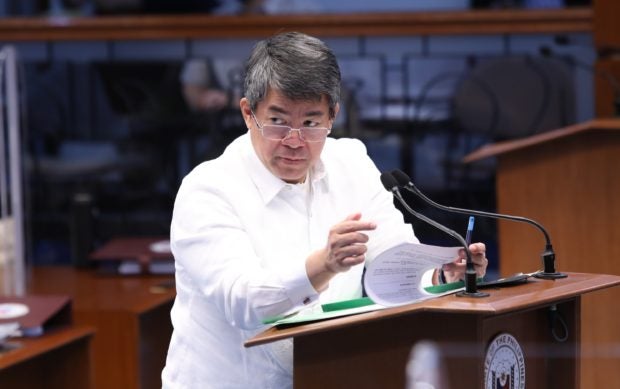 “Prohibit it,” Pimentel said, speaking in Filipino, in an interview with AM radio station DWIZ. “The situation is getting to be disturbing. “The Republic of the Philippines has been turned into a playground by foreigners who are undesirable visitors.”

“I am convinced that inviting POGO is detrimental to the Republic of the Philippines,” he went on.

“Let’s return them to their country and let them fool each other there,” he said.

Iloilo Rep. Janette Garin made a similar appeal in a statement she issued on Friday.

She said the Philippines should follow the lead of China and Cambodia, which had already banned industries similar to POGO — “because of the ill-effects it had brought.”

“The Philippines should learn from their experience,” she said.

On Thursday, Brig. Gen. Ronald Lee, the national director of the Criminal Investigation and Detection Group, said the Philippines had turned into a hotbed for Chinese gangsters.

That was the result of Vietnam and Cambodia outlawing Chinese-backed online gambling and overseas casinos similar to POGOs.

Last Sept. 7, the Philippine National Police (PNP) said it had only received 27 reports of kidnapping cases so far this year. Of these cases, 20 are linked to POGO, according to the PNP spokesperson, Col. Jean Fajardo.

Col. Hansel Marantan, chief of the CIDG in Metro Manila, also said police intelligence revealed that there were “more than five groups” involved in POGO kidnappings.