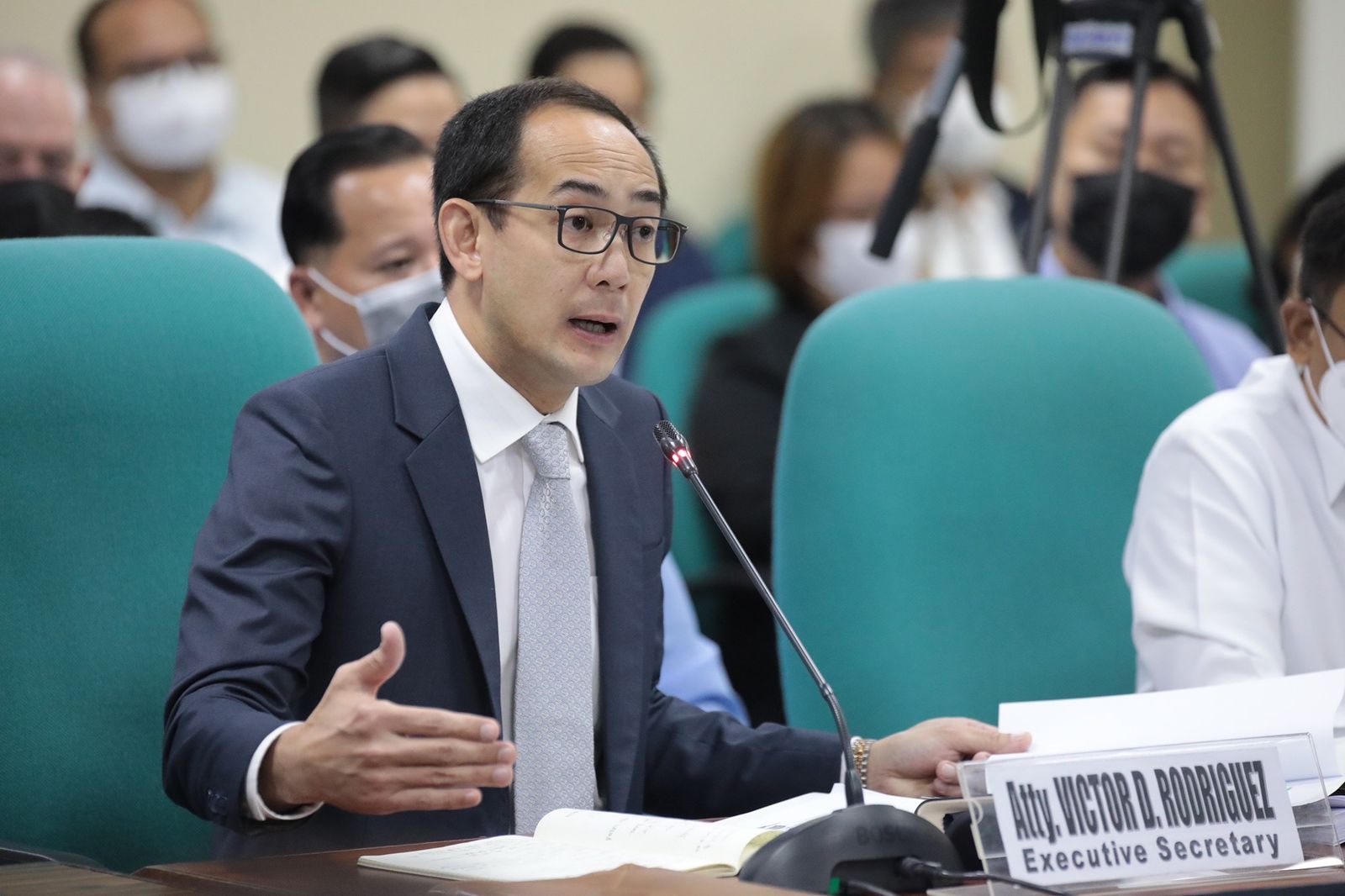 (FILE) Resigned Executive Secretary Victor Rodriguez appears before the panel Tuesday, September 6, 2022 to clarify what transpired before the controversial issuance of the Sugar Order No. 4 (SO4).  (Joseph Vidal/Voltaire F. Domingo/Senate PRIB)

MANILA, Philippines — Executive Secretary Victor “Vic” Rodriguez has resigned from his post, but will continue to serve as chief of staff to President Ferdinand “Bongbong” Marcos Jr.

“I have asked permission to step down as Executive Secretary,” Rodriguez said in a statement on Saturday. “I thank the President for his continuing trust and his sincere understanding of my decision.

“To the Filipino people, I shall continue serving you and the country as the Presidential Chief of Staff,” Rodriguez added.

Rodriguez added:  “There is nothing more rewarding than answering the call to serve the country, a rare privilege not extended to all but was given to me by the President.”

However, he said he also needs to focus on this family.

“The work of an Executive Secretary is a 24/7 job with myriad topics expected to be attended to every day.   It demands a sense of urgency which essentially requires almost all of a public servant’s time to ensure that services are met and delivered.”

“Equally valuable, however, is to witness firsthand your young family grow and evolve into how every parent would wish them to become and they most need me too,” he added.

“We confirm reports that Atty Vic Rodriguez has stepped down as Executive Secretary,” according to the Office of Press Secretary Trixie Cruz-Angeles.

Rodriguez was earlier linked to the sugar importation mess.

While the Senate Blue Ribbon Committee had cleared Rodriguez, minority senators said the Palace official was not “totally blameless” for the mess.

This issue stemmed from the publication of Sugar Order No. 4 on the website of the Sugar Regulatory Administration. The order authorized the importation of 300,000 metric tons of sugar. Malacañang however later disowned the order, saying the President rejected the proposed importation.