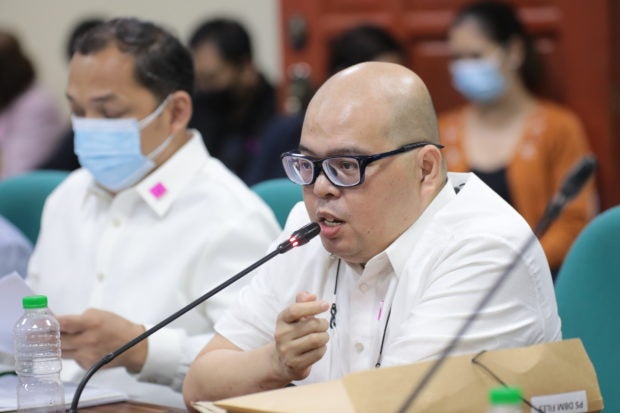 MANILA, Philippines —The Department of Education’s (DepEd) purchase of allegedly overpriced but outdated laptops for public school teachers does not have a legal basis, its former procurement director said.

DepEd former director Atty. Marcelo Bragado Jr. claimed that the memorandum of agreement (MOA) on the laptop purchase via the Procurement Service of the Department of Budget and Management (PS-DBM) was signed and notarized from late May to early June 2021.

But, an invitation for bidding was issued in May last year despite the lack of MOA.

(In effect, this whole procurement is defective. There is no legal basis. We spent P2.4 billion without a MOA. We asked for a quotation and filed an invitation to bid without a MOA. Is that an accurate description, Atty. Bragado?)

Bragado, who was granted a use immunity, answered: “It would appear, your honor, that you are correct. Because based on the documents I have and my personal recollection, I have the MOA signed only last May 28, 2021.”

“On his allegation that it was signed on May 28, that is not entirely accurate. If you can check closely, I think it was also him who endorsed to our office the notarized document which was dated February 16, 2021,” he said.

Bragado then raised the possibility that the MOA may be antedated as he has records to prove that it was signed on May 28, 2021.

“It appears that it is antedated because in my personal view and professional knowledge, I was the one who was requesting for the signatures of the MOA,” he commented.

DepEd Undersecretary for Finance Annalyn Sevilla supported the PS-DBM’s narrative that the MOA was signed on February 16, pointing out that her office reimbursed the notarial service fee.

(We, in finance, are complete with documentation that you have a MOA dated February 16; if needed, we will even submit the official receipt of the notarial services made by the office of Director Mark Bragado because you reimbursed that with the accounting.)

Bragado denied the allegation, saying that he had no idea about the notarization and that his or Sevilla’s staff may be the one who had the MOA notarized.

After more than seven hours of deliberation, the panel suspended the hearing.

The investigation started after the Commission on Audit flagged the DepEd’s pricey yet obsolete laptop purchase, slashing the beneficiaries from 68,500 to 39,583 public school teachers.