DepEd exec given use immunity to testify in overpriced laptops issue 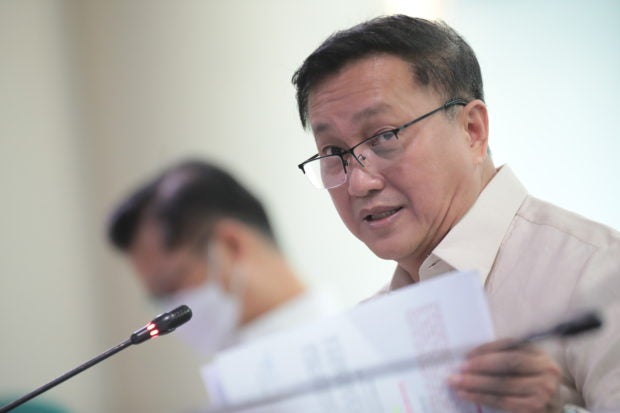 MANILA, Philippines — An official from the Department of Education (DepEd), Atty. Marcelo Bragado, received a use immunity from the Senate blue ribbon committee on Thursday to testify on the issue surrounding the procurement of laptops for public school teachers.

Use immunity restricts the use of witness testimony against him/her. However, immunity does not prevent the prosecution from showing evidence against the witness.

Bragado, known to be a procurement director, attended the panel hearing, chaired by Senator Francis Tolentino, to shed light on the fiasco about the DepEd’s procurement of alleged outdated yet overpriced laptops through the Procurement Service of the Department of Budget and Management (PS-DBM).

“Mr. Chairman, since you mentioned that the witness will be testifying freely on his knowledge on immaterial matter or immaterial transaction, but he’s under — he may be under tremendous pressure — so as to help put him at ease and so that he can really express what he knows, I move that this committee, the blue ribbon committee, grant to the witness use immunity from suit from what he would be testifying on,” said Pimentel.

After taking oath, Bragado asserted that the memorandum of agreement (MOA) on the laptop procurement was signed and notarized between end of May to early June 2021.

Hence, he added that the invitation for bidding held in May had no legal basis.

His recollection is contrary to PS-DBM’s claim that the MOA was inked at an earlier time in February last year.

Before the over seven-hour deliberation on the issue was suspended, DepEd Undersecretary Annalyn Sevilla revealed that Bragado is no longer a procurement director of the agency.

“Your Honor, I just coordinated with the Office of the Secretary, and I had information that Director Mark Bragado is actually floating right now,” said Sevilla.

“He is not the director for procurement po as of now. So, the commitment or the promise that you’ve been saying na hindi po siya maaapektuhan (that he will not be affected), I think it happened even before his testimony,” she added.

Bragado then shared that he was reassigned to the undersecretary of administration in August.

The deliberations on the laptop procurement started after the Commission on Audit flagged DepEd for procuring expensive yet obsolete laptops for public school teachers.

The procurement slashed the number of intended teacher beneficiaries from 68,500 to 39,583.