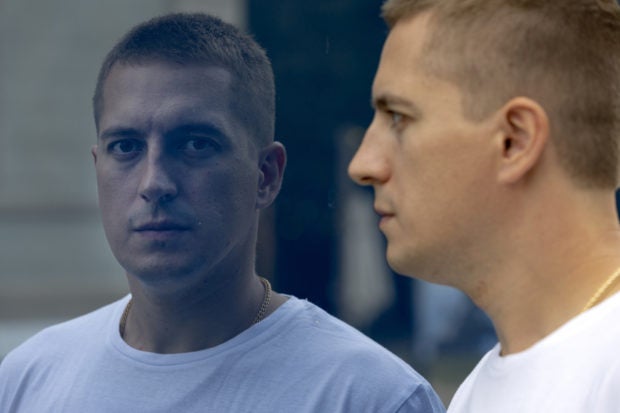 Andriy Tuz, a former employee of Zaporizhzhia nuclear power plant in Ukraine, poses after an interview with Reuters in Geneva, Switzerland, August 18, 2022. REUTERS

GENEVA — A former deputy spokesman at Ukraine’s Zaporizhzhia nuclear power plant who helped tell the world that Russian troops had seized the strategic site, is now in exile, no longer in his job and, according to a document from his ex-employer, is suspected by Ukrainian intelligence of collaborating with Russia.

Andriy Tuz’s journey from Ukrainian patriot to pariah included an encounter with Russian intelligence and a June video – which he said he was forced to record after being tortured by Russian intelligence officers – where he states previous public comments he’d made about Russia shelling the plant were false. “Now I understand that the information was not true,” he said in the video.

Tuz has become caught up in a high-stakes propaganda battle between Kyiv and Moscow over the fate of Europe’s largest nuclear power plant, which has been a hot spot of the six-month conflict.

The Security Service of Ukraine (SBU), the country’s intelligence service, suspects 32-year old Tuz of collaboration for helping the Russian military, according to a July 11 internal Energoatom document that Reuters reviewed. Energoatom is the Ukrainian state atomic energy agency that operates the plant. The document included instructions to end Tuz’s employment.

Neither the SBU’s suspicions nor his dismissal have been previously reported.

Reuters was unable to confirm that Tuz was tortured or forced to make the pro-Russian public statements.

The SBU, in a September statement to Reuters, said information about Tuz “has been taken into account in the operational-service activity” of the service’s relevant department but said it can’t disclose details due to laws protecting the secrecy of the service’s operations. It added that no criminal pre-trial proceedings against him have been initiated. Ukrainian President Volodymyr Zelenskiy’s office didn’t respond to a request for comment.

Russia’s intelligence agency, called the Federal Security Service or FSB, and the Kremlin didn’t respond to requests for comment. Russia has said it is doing everything to ensure the plant could operate safely.

Energoatom spokesman Leonid Oliynyk told Reuters Tuz was no longer employed at the company and that Tuz “worked with the FSB,” directing further questions to the SBU. Tuz told Reuters he plans to challenge his dismissal and says he hopes Ukrainian authorities will absolve him when they understand what happened to him.

Russian forces have occupied the plant in southern Ukraine since early March, while Ukrainian workers continue to operate it at what Kyiv says is, effectively, gunpoint.

Artillery shells have landed at or near the power station, which sits on the front line between Russian and Ukrainian forces, prompting international concern about a Chernobyl-style radiation disaster. The United Nations’ nuclear safety watchdog last week said its experts had found extensive damage at the plant and called the situation unsustainable.

The shelling has unleashed a public blame game, with Kyiv and Moscow each accusing each other of firing the shells and pushing their own narratives of what is happening at the plant via a steady stream of social media posts, official statements and other channels. Kyiv and Moscow have each described the other as committing “nuclear terrorism.”

Tuz said he started working at the plant in 2012 and was appointed deputy chief spokesperson last year.

In early March, as Russian forces drew nearer to the gates of the plant, Tuz posted regular videos on Energoatom and the plant’s accounts on the Telegram social media platform and made television appearances.

That included a series of videos posted on March 4 on Telegram. In one, Tuz looked directly into the camera and said: “Attention! Weapons of the Russian Federation are firing at the Zaporizhzhia nuclear power plant.” In another, he said a building at the plant had caught fire and firefighters could not approach because of the shooting.

Russian forces took control of the plant that day. Around the same time, they also captured the nearby city of Enerhodar, where most plant workers live. Tuz’s social media updates stopped.

Tuz said he left Enerhodar with his elderly mother in June, planning to go to Georgia via Russia because of the dangers of crossing the front line into Kyiv-controlled territory.

On June 21, his car was stopped at a traffic police checkpoint in southern Russia, according to Tuz and a document he shared that he says was issued by traffic police. A man listed on the document as a witness to the police search of Tuz’s vehicle told Reuters he recalled the search, the driver and an older woman. Tuz’s mother confirmed the account of their journey and the traffic police stop.

According to Tuz, the traffic police then passed him to the FSB, who detained Tuz and transported him to the Russian city of Sochi, about 90 kilometers away.

In Sochi, police charged Tuz with hooliganism, according to Tuz and an undated fine-payment order viewed by Reuters that Tuz says was issued to him by police. Tuz said the charge was fabricated to give the FSB a pretext to hold him.

The general directorate of the interior ministry for the Krasnodar region, which oversees both police and traffic police, didn’t respond to requests for comment.

Tuz said that in Sochi, officers put a plastic bag over his head, tied ligatures around his wrists, beat him, and burned his fingers using a lighter.

Eventually, he said he had begged his captors to tell him what he could do to stop the torture and was offered a chance – to answer questions and later to record a video, where he would deny that Russia shelled the power plant.

“I realized no one would ever believe this nonsense anyway,” he said, referring to the script for the video that he said FSB officers proposed that he recite.

The next day he was taken to a park in Sochi and told to address the camera, according to Tuz. “I’m on vacation in the town of Sochi. People here are very welcoming and polite,” he said in the video, in which he stares into the camera as he walks down a tree-lined avenue. Referring to his March comments about Russia shelling the nuclear plant, he said in the video that he now understood that information wasn’t true.

The pro-Russian video was circulated on Russian social media accounts, including YouTube on June 23.

The FSB didn’t respond to questions about Tuz’s account of his detention and treatment.

Tuz’s mother, Zhanna Gorobets, told Reuters that when her son was released he looked “exhausted” and there was blood on his shirt.

After recording the video, Tuz said he was released from custody on the evening of June 22 but that the FSB didn’t return his passport until July 8, which meant he wasn’t immediately able to travel.

During this period, he said one of the FSB officers who detained him and identified himself by the first name Matvei stayed in touch by mobile phone.

Reuters called what Tuz said was the officer’s phone number and spoke to a man who responded to the name Matvei. The man, who did not dispute that he worked for Russian intelligence, said that he met Tuz and that his colleagues had accompanied Tuz to Sochi because he had some interesting information to share. The man declined to say what kind of information.

He said he let Tuz go after he had shared the information and denied torturing Tuz. “Of course not,” the man told Reuters. “Why would that be needed if the person came here by himself?”

The FSB didn’t respond to questions about whether someone called Matvei worked for the service.

Tuz said that after he was tortured he was asked to supply names of people who were active in local politics in Enerhodar. He said he identified a handful of people who he knew had left Russian-occupied territory.

Tuz said he also received a call on July 1 from a man who introduced himself as a Kremlin aide and who offered him a job producing and publishing video blogs from the Russian-controlled power plant, which he said he declined. Reuters traced the number from which the call was made to someone named Ilya Chermensky.

When contacted by Reuters, Chermensky said he worked for the presidential administration and that he had spoken to Tuz, but denied trying to recruit him. He said he called Tuz to ask him to put him in touch with contacts at the nuclear plant in order to arrange a visit to the plant. Chermensky said he knew nothing of Tuz being tortured or the rest of the former plant employee’s account.

The Kremlin also didn’t respond to questions about Chermensky or whether he tried to recruit Tuz.

In the early hours of July 12, Tuz and his mother crossed into Georgia, he said. It was while driving from there to Switzerland that he learned from a colleague that he had been fired, according to Tuz.

Tuz, who spoke to Reuters while in Switzerland, is now in the United States. He said that he decided to speak out, despite what he said was a threat by the FSB officer he knew as Matvei to poison him if he did go public, because he didn’t want to allow Russia to intimidate him. “That’s why I’m sharing the story despite all the risks and fears,” Tuz said.

When Reuters called back the same number it had previously used to reach the man who responded to the name Matvei, the person who answered said it was the wrong number. The FSB also didn’t respond to questions about Tuz’s account of the threat.