Zaporizhzhia: the nuclear power plant caught in the war in Ukraine | Inquirer News

Zaporizhzhia: the nuclear power plant caught in the war in Ukraine 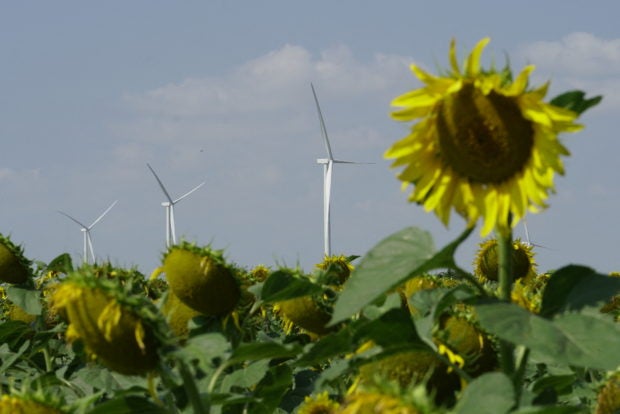 This photo taken on August 2, 2022, shows wind turbines behind a sunflower field near Melitopol in Zaporizhzhia region, amid the ongoing Russian military action in Ukraine. AFP

KYIV — The Ukrainian nuclear power plant in Zaporizhzhia, the largest in Europe and currently occupied by Russian troops, is at the center of international fears because of recent shelling, with both sides trading blame.

In a report published Tuesday after a visit by 14 experts, including its chief Rafael Grossi, the International Atomic Energy Agency (IAEA) said the current situation was “untenable” and called for the immediate establishment of a “safety and security protection zone” to prevent a nuclear accident.

The situation has brought back painful memories of the 1986 Chernobyl nuclear accident in the former Soviet Union, which killed hundreds and caused radioactive contamination across Europe.

Russian troops seized control of the plant in early March, shortly after the invasion of Ukraine on February 24.

Located near the town of Energodar on the Dnipro River, the plant has six of Ukraine’s 15 reactors, capable of supplying four million homes.

The six Soviet-designed units, which were all commissioned between 1984 and 1995, have a total production capacity of nearly 6,000 megawatts, according to the operator.

Before the war, the plant produced about a fifth of Ukraine’s electricity.

The country — which has large reserves of uranium — is the seventh largest producer of nuclear energy in the world, according to the IAEA.

The IAEA stressed that the bombardments have intensified since August.

In its report, the agency listed various damage it had observed during the mission, with photos showing broken windows and gutted roofs.

The report noted “with concern” that the strikes could have hit structures, systems and components that are essential to the plant’s safety.

Grossi warned that shelling was a “constant threat to nuclear safety and security.”

As a result of military activities that damaged the power lines, the plant was disconnected from the external network on Friday and operated with a backup line.

With only one reactor in operation, it continued to produce the electricity needed for nuclear fuel cooling and safety functions.

The others are in maintenance or shut down.

Radiation levels in the area were “normal,” according to information provided to the IAEA.

But on Monday, the last working reactor at the embattled nuclear plant was disconnected from the grid after shelling caused a fire.

The operation of the plant is still carried out by Ukrainian employees.

But they are facing “very challenging circumstances”, with military personnel, vehicles and equipment at the site, noted the IAEA.

Experts from the Russian group Rosatom have also been sent to the site, which “could lead to interference with the normal lines of operational command… and create potential frictions when it comes to decision-making,” according to the IAEA.

The staff — estimated at 900 people, down from 1,230 — are under constant stress, the report warned.

The IAEA, which has left two experts on-site, called for a halt to the shelling to avoid causing further damage to the facility.

With this in mind, it said there was an “urgent need for interim measures to prevent a nuclear accident… by the immediate establishment of a nuclear safety and security protection zone.”

Neither Moscow or Kyiv have responded yet to the proposal.

But Vladimir Rogov, a member of the pro-Russian occupation administration in the Zaporizhzhia region, was critical.

“To maintain the integrity of the nuclear power plant, it is necessary to agree not on the simple creation of a protection zone, but on the establishment of a ceasefire,” he told the Tass news agency.

Disconnected reactor of Zaporizhzhia nuclear plant back on Ukraine’s grid