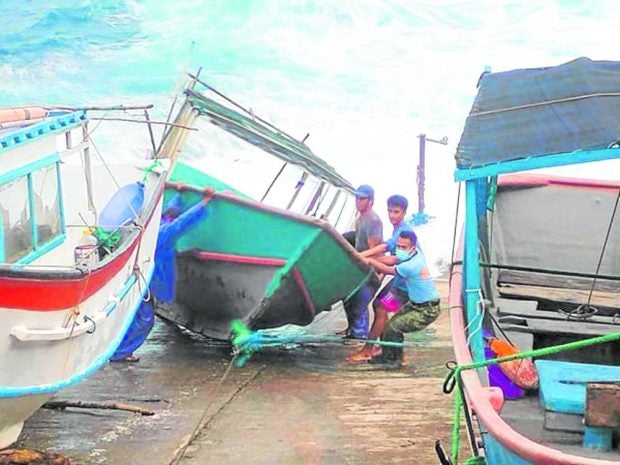 Villagers in Itbayat town, Batanes province, secure their boats on Friday in anticipation of tidal surges as Typhoon “Henry” (international name: Hinnamnor) lashes Northern Luzon. Authorities have confirmed one typhoon fatality, a farmer who died in a landslide in Mayoyao, Ifugao. —Photos from Itbayat police

In its latest situational report, NDRRMC said that it recorded a total of 2,442 individuals or 727 families affected by the storm across three regions — Ilocos Region, Cagayan Valley, and Cordillera Administrative Region (CAR) — in Luzon, with 63 preemptively evacuated families.

No additional deaths and injuries have also been reported, as the total casualty in the NDRRMC report remains one.

Twelve infrastructures, meanwhile, were reported damaged in the Cordillera Administrative Region (CAR) alone, with the estimated cost pegged at P61,372,000.

NDRRMC also reported that affected residents in Ilocos Region and CAR have already received P316,300 assistance from the Department of Social Welfare and Development and their respective local government units.