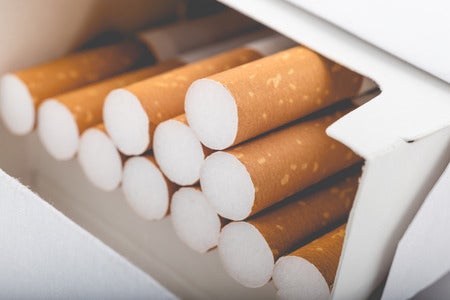 MANILA, Philippines — Two lawmakers want to amend the 2016 Anti-Agricultural Smuggling Act to include and classify the smuggling of tobacco, both in its raw form and finished product, as economic sabotage.

It seeks to amend Republic Act No. 10845 by classifying the illegal entry of raw tobacco, cigarettes, cigars, and heated tobacco products as economic sabotage.

In the explanatory note of the bill, which was filed by House Senior Deputy Majority Leader Ferdinand Alexander Marcos and PBA Rep. Margarita Ignacia Nograles, it said the government would lose more revenues should the unrestricted entry and sale of smuggled cigarettes continue.

“This will be detrimental to its pandemic recovery efforts. Clearly, this is one of the biggest tax leaks that the government needs to plug,” it added, noting that the estimated amount of forgone revenues ranged between P30 billion and P60 billion.

Marcos, a son of President Ferdinand Marcos Jr., represents Ilocos Norte which is noted for its tobacco farming. Nograles, on the other hand, is from Mindanao, where there is a prevalence of the illegal tobacco trade.

HB 3917 proposes a prison term of 30 to 40 years with no bail recommended for those who will be found guilty of smuggling raw and finished tobacco products. This is apart from the imposition of a fine that will be double the value of the seized smuggled items, plus the total amount of unpaid duties and other taxes.

P46.28-M worth of smuggled cigarettes seized in Subic port