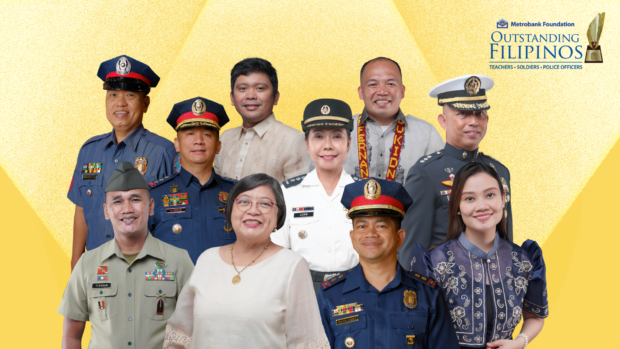 MANILA, Philippines — A resolution honoring and commending the 10 Metrobank Foundation Outstanding Filipino awardees this year has been approved in the Senate.

Senate Resolution No. 106, taking into consideration other similar measures, was unanimously adopted  by the  Senate on Tuesday.

“For those of us who have been working in government, these outstanding Filipinos inspire us to be the best version of ourselves,” Senator Grace Poe said when she sponsored Senate Resolution No. 106.

Poe also served as chairperson of the final board of judges in Metrobank’s search this year.

“They have gone beyond the call of duty, motivated by the burning desire to improve the quality of life in their communities and to ignite the hope that our nation needs as we recover from the pandemic,” the senator went on.

On Senate Majority Leader Joel Villanueva’s motion, all senators were made co-authors of the resolution filed by Senator Grace Poe.

But before adopting the resolution, several senators took the floor to give their own commendation to the awardees.

“When Filipinos take pride in their work, forge paths for change, and persevere in the face of adversity, our spirits rise,” Legarda said in her manifestation on the floor.

“Our 10 Outstanding Filipinos of 2022 prove this to be true. Without a doubt, they are exemplary examples of today’s educators, law enforcers, and men and woman in uniform,” she added.

For his part, Senator Christopher “Bong” Go congratulated the awardees for their excellence and dedication to their respective fields of service.

Despite the challenges, Senator Pia Cayetano noted how the  awardees  still managed to serve the country.

“We may not know what these challenges were, but they’re human beings like us, they are family members, and surely, they have made sacrifices,” she said.

“So for that reason, serving the country beyond the call of their duty is something that we commend,” Cayetano added.