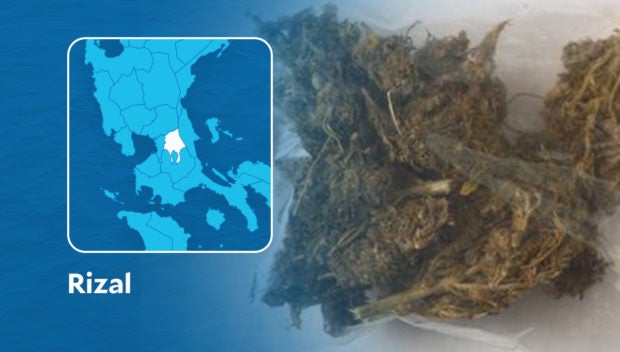 LUCENA CITY — Fifty-three kilos of marijuana worth more than P6 million were seized Monday from a suspected big-time trafficker in Taytay town in Rizal province.

The Region 4A police reported on Tuesday, Sept. 13, that anti-illegal drug operatives and local cops collared Marvic Ceruelos in a buy-bust operation around 9 p.m. in Barangay Sta. Ana.

Authorities seized 53 packs of weeds wrapped in plastic weighing 53 kilos. The Dangerous Drugs Board estimate of the confiscated marijuana is about P6,360,000.

Also seized from Ceruelos were a .45 pistol, a 9MM pistol, four magazines, and 20 bullets.

The police tagged Ceruelos and Perez as high-value individuals in its drugs watch list.

The suspect is under police custody and faces charges of violating the Comprehensive Dangerous Drugs Act of 2002.

Ceruelos will also be charged with illegal possession of firearms.

Meanwhile, police are looking for Perez.