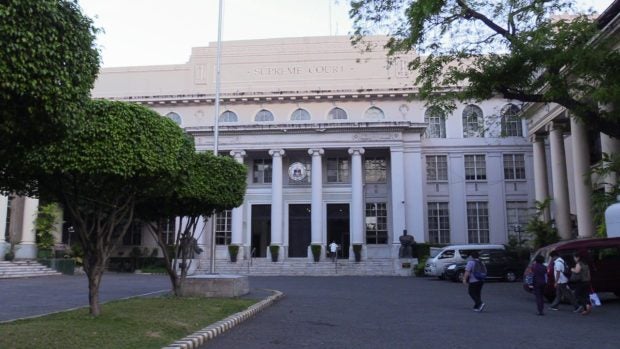 MANILA, Philippines — Any Filipino who runs for public office cannot be deemed a “nuisance” and disqualified for lack of fame, money, or party machinery, the Supreme Court has ruled, amplifying the message that the election is not just a popularity contest.

In a 20-page decision made public on Saturday, the high court partly granted the petition of an animal welfare advocate who had been declared a nuisance candidate by the Commission on Elections (Comelec) during the May polls when he ran for a Senate seat.

The poll body had denied Norman Marquez’s senatorial bid for being “virtually unknown” and having no political party.

But in its June 28 full-court decision, the high tribunal said the grounds used by the Comelec to justify the nuisance label on the petitioner — simply because he is not well-known, neither affiliated with influential groups nor supported by any political machinery — reduced the election, a “sacred instrument of democracy,” to “a mere popularity contest.”

“The matter of the candidate being known (or unknown) should not be taken against the candidate but is best left to the electorate,” the Supreme Court said in the decision written by Associate Justice Amy Lazaro-Javier with the concurrence of 12 of the 14 other magistrates, including Chief Justice Alexander Gesmundo.

In granting part of Marquez’s prayer, the court belatedly voided the Comelec resolution that declared him ineligible to run for the Senate in this year’s elections.

While the matter is now moot because the polls are over, the Supreme Court said it found it necessary to resolve the case because “the same situation may recur in future elections.”

The court, however, denied the petitioner’s appeal to have the Comelec cited in contempt of court and penalized for excluding Marquez from the official roster of senatorial candidates in May.

In December 2021, the Comelec’s First Division ruled that Marquez was a nuisance candidate for failing to prove he is “known well enough” at the national level, prompting him to file an appeal that was also later denied by the poll body.

Marquez, a real estate broker by profession, elevated the case to the Supreme Court, which issued a temporary restraining order on the Comelec resolution in January this year.

The court held that the Comelec committed several errors in disqualifying Marquez, as it shifted the burden of proving that he was not a nuisance to the candidate himself, rather than the other way around.

The Comelec’s law department had failed to substantiate its claims, according to a statement issued by the court accompanying the decision.

In contrast, the court recognized many indications showing Marquez’s “serious intent to run,” such as the fact that he had a “program of governance” in case of victory, and that he “exercised utmost vigilance in the protection of his candidacy.”

It wasn’t the first time Marquez had been disqualified from running for public office and won his case before the highest court of the land.

In 2019, attempting his first Senate run, Marquez had also been named a nuisance by the Comelec when it denied his bid for having no “clear proof of financial capability” to mount a national campaign and being “virtually unknown to the entire country except maybe in the locality where he resides.”

In response, Marquez had “availed [himself] of judicial remedies to assert his right, and prevailed before the court,” the tribunal said.

“The court also noted that it is contrary to human experience that a candidate would go through such a rigorous process, not once, but twice, if he or she has actually no intent to run,” according to the court’s statement.

In its decision, the Supreme Court said Marquez’s “palpable intent cannot be negated by unsubstantiated claims that he is an unknown, or that he lacks the capacity to mount a nationwide campaign.”

“Neither is his nonmembership in a political party sufficient to declare him a nuisance candidate,” it added.

But in refusing to punish the Comelec, the high court said the election body could not be faulted for “zealously scrutinizing” candidates’ qualifications, although it should be reminded to be “more circumspect” in the task.

The Comelec is authorized to cancel an individual’s certificate of candidacy (COC) if he or she is deemed a nuisance.

Under Section 69 of the Omnibus Election Code, a nuisance candidate is someone who files a COC with the intent of making a mockery of the election system; causing confusion among voters through similarity of names between candidates; or those who, as demonstrated by acts and circumstances, have no bona fide intent in running for office.

Some notable persons who have been declared nuisance candidates over the years include the late former Iloilo Rep. Augusto Syjuco Jr., who tried to run for president in 2015; the habitual candidate Rizalito David, also in 2015; and the late lawyer Elly Pamatong, when he sought the presidency in 2004, 2010 and 2016.

According to a biographical note on his social media pages, Marquez, who hails from Quezon City, is the founder of the League of Animal Welfare Organizations of the Philippines and the Baguio Animal Welfare.

Since 2015, he has been going around the country helping rescue animals and taking legal action against animal abusers.

SC: Unpopularity, non-membership not grounds for declaration as nuisance candidate