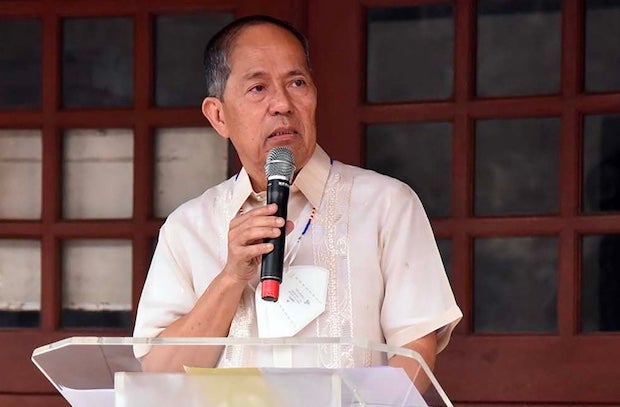 MANILA, Philippines — Labor Secretary Bienvenido Laguesma on Thursday vowed to investigate complaints that some teachers are having a hard time renewing their licenses at the Professional Regulation Commission (PRC) purportedly because of unpaid debts.

“I only heard of ‘utang-tagging’ now, because I’ve only heard of ‘Red-tagging’ which is also something we’re uncomfortable with,” Laguesma said in response to ACT Teachers Rep. France Castro during a hearing at the House of Representatives on Thursday.

Laguesma and his aides appeared at the House to defend the Department of Labor and Employment’s (Dole) P25.89-billion proposed budget.

Castro said teachers, mostly from Central Luzon, victimized by loan sharks were being tagged by the PRC by virtue of a resolution.

Cueto did not clarify the role of the PRC in the collection of personal debts, but he said the policy was under review.

“Right now, that policy is being reviewed because we’re now trying to study that the tagging can only be done after adjudication, not upon the issuance of the summons,” said Cueto.

But for Laguesma, “it doesn’t look right that there’s ‘utang-tagging’ because you would only be depriving the teachers the chance, if they are deep in debt, to pay off their loans… We will repeal that policy or resolution if it still exists.”

Laguesma said that his agency would also not tolerate the alleged “Red-tagging” of union leaders and members, pointing out that the Dole is “uncomfortable” with the name-calling against fair labor advocates.

“That’s an important concern that we would like to look into. Even we are not comfortable with that kind of relation because it is part of our responsibility to promote responsible trade unionism and the responsibility of employers to respect the rights of workers to organize,” the labor secretary said.

Laguesma’s undersecretaries, Ciriaco Lagunzad III and Benedicto Ernesto Bitonio Jr., said Dole regional offices have been prohibited from taking part in any Red-tagging in any part of the country.