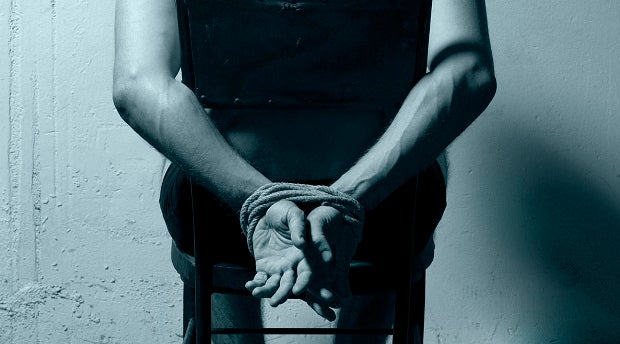 MANILA, Philippines — The Philippine Chinese Chamber of Commerce and Industry Inc. (PCCCII) has called on authorities to immediately take action against kidnappers targeting Chinese-Filipinos, saying it has received reports of about 56 cases in the last 10 days, mostly in the southern Metro cities of Pasay, Parañaque, Makati and Taguig.

But the Philippine National Police denied the group’s claim as it pointed out that the abduction cases reported to them so far this year were fewer compared to 2021. It also said that during a dialogue, PCCCII officials could not provide details about the 56 supposed incidents.

PCCCII secretary general Bengsum Ko revealed the spate of kidnappings during a recent meeting with House Minority Leader Marcelino Libanan. He read a letter dated Sept. 5 signed by PCCCII president Lugene Ang who said that the “disturbing events [had created] a state of fear and uneasiness among the Filipino-Chinese community.”

“These kidnappers are worse than animals. They use torture and intimidation, rape women and send the videos to the victim’s relatives demanding huge sums of money. In some cases, victims were even sold to other kidnapping groups. These are unprecedented and beyond human comprehension,” Ang wrote.

Saying the abductions “threaten not only the safety of our citizens but also normal business activities,” he asked Congress and law enforcement agencies to “take a more active role and act swiftly to suppress these criminals and eradicate these kidnapping syndicates.”

Ang also recommended that those charged be denied bail. While kidnapping and serious illegal detention are nonbailable offenses, attempted and frustrated kidnapping offenses have bail set at P120,000 and P200,000, respectively.

“And the truth of the matter is that these kidnappers are foreigners—Chinese for that matter—so we should never allow these foreign criminal syndicates to do whatever they want in our country,” he said.

Libanan, for his part, called on the PNP to stop the kidnappers targeting the Chinese-Filipino community before they “mutate into a larger threat.”

But at a press briefing on Wednesday, PNP spokesperson Col. Jean Fajardo said that they met with PCCCII representatives the day before to clarify their claims.

“[The PCCCII representatives] were not able to produce data [about] these 56 cases. That is the main reason why they coordinated with the PNP Anti-Kidnapping Group (AKG). They said they only received reports of such kidnappings,” she told reporters.

Fajardo said that after talking to the PNP-AKG, “the PCCCII representatives were enlightened that there were no 56 kidnapping incidents for the last 10 days.”