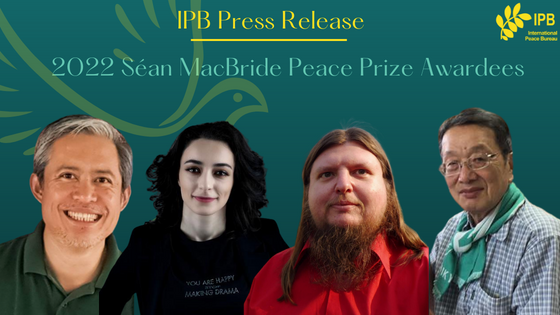 ILIGAN CITY — A nonviolence activist from Mindanao is one of the four recipients of the 2022 Sean MacBride Peace Prize, which is bestowed yearly by the Berlin-based International Peace Bureau (IPB) that envisions a world without war.

Alfredo Lubang of the Nonviolence International Southeast Asia (NISEA) and Philippine Campaign to Ban Landmines (PCBL) is joined by Russian Eset Maruket Gagieva, Ukrainian Yurii Sheliazhenko, and Japanese Hiroshi Takakusaki as this year’s awardees, according to a news release from IPB.

The non-monetary special prize is given by IPB to a person or organization for doing “outstanding work for peace, disarmament and/or human rights” which were the principal advocacies of the late Irish statesman Séan MacBride for which it was meant to honor.

MacBride, the winner of the Nobel Peace Prize 1974 for his work on human rights, was chairman of IPB from 1968 to 1974, and president from 1974 to 1985. He also chaired Amnesty International from 1961 to 1975. MacBride began his career fighting against British colonial rule.

Founded in 1891, the IPB works on disarmament in order to reduce military spending and free up resources that can be used to address real human needs and protect the environment. It won the Nobel Peace Prize 1910 and over the years, 13 of its officers have also been Nobel laureates.

A global network now spanning 300 member organizations in 70 countries plus individual members, IPB has consultative status with the United Nations Economic and Social Council since 1977.

A native of Bislig, Surigao del Sur, Lubang has almost three decades of experience in peacebuilding, and is a recognized expert on humanitarian disarmament who has helped push for the country’s accession to various arms control conventions.

“Without Fred Lubang’s unflagging work and commitment – especially in the face of ongoing wars – the Philippines would not be the only country that has ratified nearly all humanitarian disarmament treaties today,” the IPB noted. 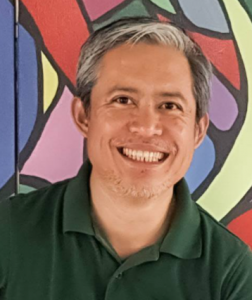 Lubang is currently the regional representative of NISEA and national coordinator of PCBL which is involved in cleaning up once war-torn areas in Mindanao of mines and unexploded ordnance.

He is also involved in the work of transitioning former Moro guerrillas and their communities from battlefields into peaceful and productive areas.

Apart from his work in the country, Lubang also served in various global disarmament campaigns and is a resource person on peace and conflict studies among international organizations, governments, universities, and civil society.

Gagieva and Sheliazhenko were honored for having “raised their voices against the ongoing war in Ukraine, showing us what commitment and bravery looks like in the face of (an) unjust war.” Both were involved in the IPB Webinar series “Peace Voices for Ukraine and Russia.”

An experienced psychologist, Gagieva has worked “in the fields of human rights, democratic values, peace and non-violence communication aiming at a more peaceful country through cooperation and cultural exchange.” She was also “constantly working towards a safer country for women and other vulnerable society groups.”

Sheliazhenko is a journalist and blogger “persistently defending human rights.”

Takakusaki was cited for his “lifelong dedication to a just peace, the abolition of nuclear weapons and social justice.” He is a leading voice for the abolition of atomic and hydrogen bombs in Japan and throughout the world.

He has played a key role in bringing high-ranking United Nations officials, ambassadors, and leading figures to the annual world conference on disarmament organized by the Japan Council Against Atomic and Hydrogen Bombs.