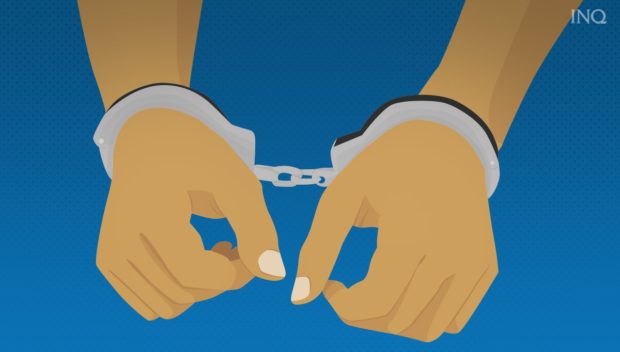 SAN ANTONIO, Zambales — Police in this province arrested a 19-year-old suspect in the killing of an 82-year-old woman in San Felipe town, police said Sunday (September 4).

Investigators said suspect John Henrick Balendres was a former caretaker of the victim, who was identified as Teresita White, an American citizen who was living alone.

According to the police, White’s throat was slit and her belongings, such as money and jewelry, were taken by the suspect on September 2.

Balendres was captured on September 3 after investigators reviewed the security camera footage obtained near the crime site.

Police said the suspect admitted to killing the victim and would be charged with robbery and murder. INQ

Cops in slay of a Cebu couple surrender

Read Next
Cayetano to UP suspending UPCAT anew: What are you doing with your budget?
EDITORS' PICK
The Best Tech Gifts For The 2022 Holidays
COA says over 4,000 pending audit backlogs will be resolved in 2 years
DBM releases P5.2 billion for 9.8 million beneficiaries of targeted cash transfer
Noche Buena items price hikes are justified and can’t be controlled – DTI official
The vivo Y16 makes the season of giving more thoughtful for the whole family
House energy committee chair Arroyo bats for cheap electricity
MOST READ
Claudine Barretto asks for prayers as she undergoes thigh surgery
Trader duped by seniors in ‘Marcos gold’ investment
LOOK: Alyssa Gibbs finally marries fiancé five years after engagement
Rayver Cruz and Julie Ann San Jose just made their relationship official
Don't miss out on the latest news and information.