Pagasa: Overcast skies in some parts of PH due to 'habagat' | Inquirer News

Pagasa: Overcast skies in some parts of PH due to ‘habagat’ 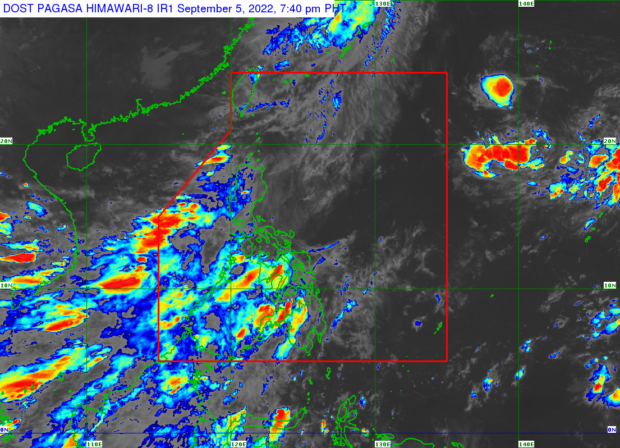 MANILA, Philippines — Cloudy skies and rain are forecast over parts of the country on Tuesday due to the southwest monsoon, locally known as the “habagat,” said the Philippine Atmospheric, Geophysical and Astronomical Services Administration (Pagasa).

(The southwest monsoon will still affect Palawan and Central Luzon, so it is possible that the sky will still be a bit cloudy in Bataan, Zambales.)

(In the rest of Luzon, warmer weather is still expected in the morning, while the chance of rain increases in the afternoon until the evening.)

The southwest monsoon will also affect the Eastern Visayas and the Zamboanga Peninsula in Mindanao, with rain and overcast skies forecast for Tuesday.

On the other hand, the rest of Visayas and Mindanao will have relatively fairer weather, with isolated rain showers expected due to localized thunderstorms.

Meanwhile, a low-pressure area was spotted outside the Philippine Area of Responsibility east of the country but is expected to continue moving away.

“Pero patuloy pa rin natin itong susubaybayan pero sa kasalukuyan ay wala naman itong epekto sa bansa (but we will continue to monitor it but currently it has no effect on the country),” said Badrina.

Gale warning is no longer raised around the country’s coasts, but moderate to rough sea conditions are still expected over Luzon’s surrounding oceans.

Parts of PH to have cloudy skies, rain on Monday – Pagasa