P9.7M worth of marijuana leaves seized in Bulacan | Inquirer News

P9.7M worth of marijuana leaves seized in Bulacan 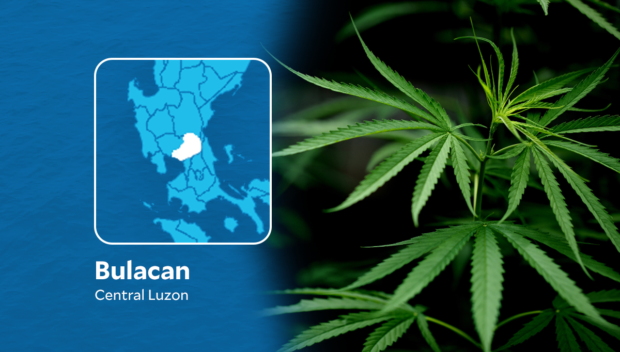 CAMP GEN ALEJO SANTOS, Bulacan — Police in this province seized more than P9 million worth of marijuana from two suspects during an anti-illegal drug operation in Balagtas town on Sunday, September 4.

Col. Charlie Cabradilla, Bulacan police director, identified the suspects as Mark Lambert Bhobe of the City of Meycauayan and Angelo Llagas of the City of San Jose del Monte.

Cabradilla said the duo yielded P9.7 million worth of marijuana, which weighed 81,000 grams, during a buy-bust operation in Barangay Santol at 2:45 p.m.

A total of 81 bricks of dried marijuana leaves, wrapped in brown tape and placed inside three sacks, were recovered from the suspects. INQ