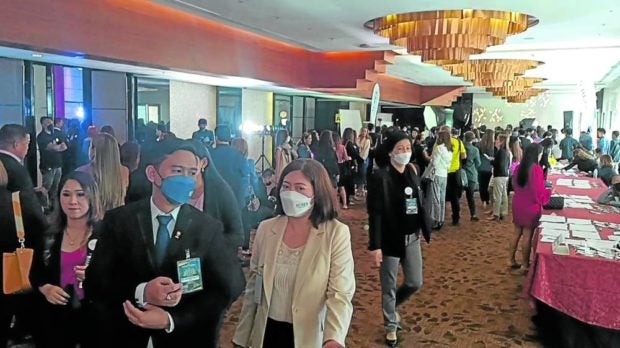 YOU DECIDE The Cebu City government has given owners of establishments the discretion to continue letting people wear their face masks in indoor settings or to remove them. —DALE ISRAEL

MANILA, Philippines — The Department of Health said on Monday it is unaware of Cebu City’s “trial period” for implementing the optional use of face masks in the city, its officer-in-charge Maria Rosario Vergeire said on Monday.

Rama signed EO No. 6 containing supplementary provisions to his EO No. 5, which defined a ‘trial and observation period’ for the policy until December 31, 2022.

READ: Cebu City’s nonobligatory use of face mask: Trial only

“We are not aware of this proposal,” Vergeire said in a press briefing when asked if the new development is a compromise between local and the national government.

Vergeire also said they would tackle the issue once the Inter-Agency Task Force (IATF) on Emerging Infectious Diseases convenes on Monday afternoon.

The voluntary wearing of face masks outdoors in Cebu City has already begun on Thursday, September 1.