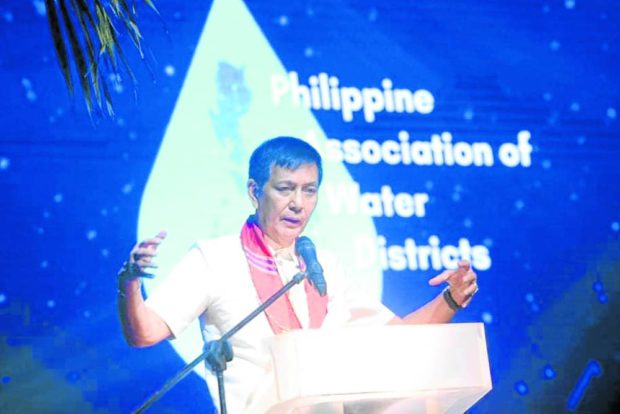 CEBU CITY — Mayor Michael Rama on Thursday stood by his order making the use of face masks in outdoor spaces within the city optional.

Rama, in an interview with reporters here, said he would not withdraw his Executive Order (EO) No. 5, contrary to the statement of Interior Secretary Benjamin “Benhur” Abalos Jr. that the mayor had agreed in principle to defer the implementation of his order on the voluntary wearing of masks.

“The implementation of the EO will proceed because I did not lift the face mask policy. I just made it nonobligatory,” the mayor said.

“I never lifted the wearing of face masks. [That is why], I cannot stop it (implementation of the EO) because there is nothing to be stopped,” he added.

Based on Rama’s executive order, wearing of face masks outdoors would be voluntary starting Sept. 1.

Rama would leave it to the discretion of business establishments and building managers in the city whether to require the use of face masks indoors. But wearing of face masks remained mandatory in hospitals, clinics and other medical facilities.

Abalos, in a separate statement released on Thursday, said he talked with Rama on Wednesday night where the mayor agreed in principle to defer the implementation of the executive order while members of the Inter-Agency Task Force for the Management of Emerging Infectious Diseases (IATF) discuss the issue.

“I am going to suggest even further to make Cebu City the pilot implementer of this measure since the city has always been first in espousing nonmasking policies outdoors for the ease and benefit of its people amid the pandemic,” Abalos said.

“In the spirit of unity, I likewise appeal to all local chief executives to do the same until I bring this matter to the IATF. Be assured that I, and the whole of DILG (Department of the Interior and Local Government), will support its implementation as soon as this initiative gains the concurrence of the experts and policy makers of the IATF,” he added.

Abalos said there was a need to harmonize existing laws and policies in the country, especially amid the pandemic.

“The DILG acknowledges the support and initiatives of the local government units in making the country safer against COVID-19. The country is still in a national health emergency. Our President Ferdinand Marcos Jr. has called on Filipinos to be more vigilant and proactive in following established health protocols,” he said.

Rama stressed that he did not want to quarrel with national government officials amid his decision to not defer his order.

“I respect the President and Secretary Abalos. I have consulted with my lawyers and we will be awaiting their (national government officials) input to check if it does not contradict [with] our autonomy,” he said.

Rama, however, expressed dismay when Undersecretary Maria Rosario Vergeire, officer in charge of the Department of Health (DOH), said the Cebu City government did not consult the department before the mayor issued the order.

Vergeire advised local governments to not enforce their own COVID-19 policies and instead follow those set by the national government to ensure a strong wall of immunity across the population.

“We understand that many of us want to remove masks outdoors already, and some may have seen this [lifting of mask mandates] in other countries,” she said. “But let’s follow our protocols [for] now. We will further study [removing mask mandates] once we see that there is already adequate protection for our population through vaccinations,” Vergeire added.

According to Rama, the Local Government Code (Republic Act No. 7160) gives the city “full autonomy and full decentralization.” “I didn’t like it when she (Vergeire) said they were not consulted. Does the Local Government Code say that local governments need to consult with the DOH before it can implement an order?” he said. “I don’t want to be misinterpreted by the national government. We know where to stand. Definitely, my executive order has a legal basis.”

In June, when Cebu Gov. Gwen Garcia issued EO No. 16 lifting the mandatory wearing of face masks and limiting it in closed and airconditioned spaces, then Interior Secretary Eduardo Año was among the most vocal and staunchest critics of the policy.

The Cebu provincial board eventually adopted Garcia’s EO into Ordinance No. 2022-03. — with a report from Dale Israel