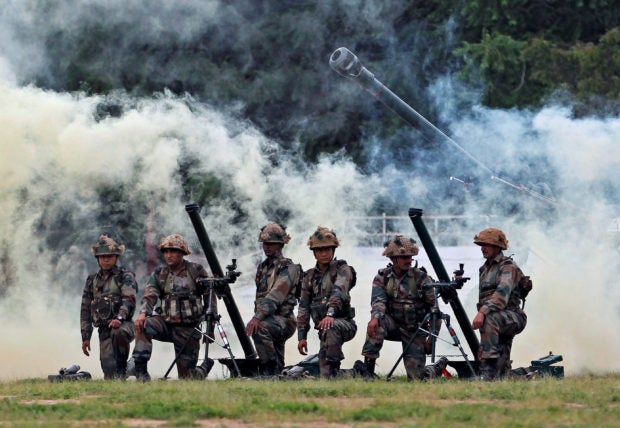 NEW DELHI — Soldiers from the Indian army have landed in Russia for a week-long military exercise, India’s defense ministry said on Thursday, days after the United States said it had concerns about any country exercising with Russia now.

The Indian government said that its forces have regularly participated in multilateral exercises in Russia, along with a number of other countries. Russia is the biggest supplier of military hardware to India.

An Indian Army contingent “arrived at the exercise location and over the next seven days will undertake joint maneuvers to include joint field training exercises, combat discussions, and firepower exercises”, the Indian defense ministry said in a statement.

Moscow announced in late July that it would hold the “Vostok” (East) exercise in the east of the country, despite waging a six-month-long war in Ukraine, where it has suffered heavy losses of personnel and equipment. China, Belarus, Mongolia and Tajikistan are the other participants.

The United States, which has deepened its military partnership with India in recent years, has indicated its discomfort with Indian troops joining the exercise in Russia.

“The United States has concerns about any country exercising with Russia while Russia wages an unprovoked, brutal war against Ukraine,” White House Press Secretary Karine Jean-Pierre said on Tuesday.

“But, of course, every participating country will make its own decisions.”

The previous Vostok drills in 2018 took place on a massive scale with nearly 300,000 troops reported to be involved, including for the first time from the Chinese army.

Read Next
Where are the programs for the elderly?
EDITORS' PICK
vivo’s coming to town to grant wishes with more holiday promos
Senate, House bicam conference on proposed 2023 budget starts
House energy committee chair Arroyo bats for cheap electricity
PH detects 14 cases of COVID-19 Omicron subvariant BQ.1 | #INQToday
The Best Tech Gifts For The 2022 Holidays
Average daily COVID-19 deaths in PH down from 38 to 12 — OCTA
MOST READ
LOOK: Vhong Navarro transferred to BJMP detention facility in Taguig
The Elephant Man in the Senate
Posh village as ‘shabu’ haven
LOOK: Zanjoe Marudo bonds with Ria Atayde, her family
Don't miss out on the latest news and information.