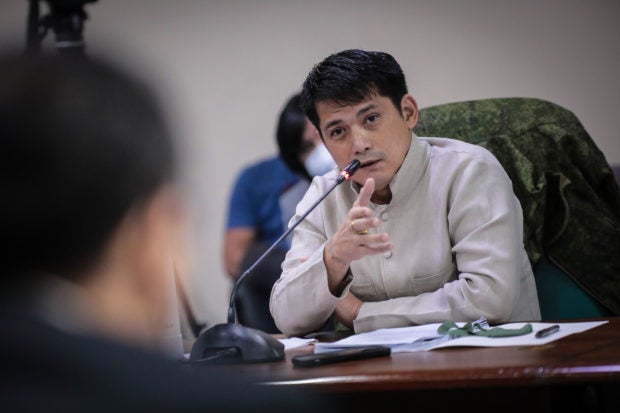 The neophyte lawmaker made the statement after Department of Migrant Workers (DMW) Secretary Susan “Toots” Ople recalled a decade-old case of an OFW who was sexually harassed by an ambassador in Kuwait.

(That ambassador has already retired. We’ve just received last month the decision favoring the domestic helper. So the decision imposes a fine on the ambassador. Just a mere fine.)

Her non-governmental organization had hired a lawyer to assist the OFW complainant, who then helped file the sexual harassment case before the Department of Foreign Affairs.

Padilla fumed over the incident, stressing the need for stricter punishments against these abusers.

(I hope we add more teeth to the punishments for these cases. It’s really hard to accept that these incidents happen. An ambassador should serve as the father of Filipinos in that country and yet he does such things, especially to those who stay in the OFW shelter?)

Padilla then raised the possibility of still holding the ambassador accountable for his offense.

(If the case can still be revived, maybe we can still run after the ambassador to punish him.)

Ople said this is what propelled the DMW to ensure that all the staff in DMW offices are trained to be gender sensitive.

She also urged the Senate to review and expand the anti-sexual harassment law to cover diplomats and all overseas personnel regardless of where the sexual offense occurred.

(The law should be able to hold our Filipino government personnel abroad liable.)

OFW-reported cases related to sexual abuse or harassment have been lopsided against women, according to data from the Overseas Workers Welfare Administration (OWWA) in 2020.

Among the 444 sexual offense-related cases filed by the OWWA, 441 were reported by female OFWs while only three were by male OFWs.

More female OFWs also suffered from rape, accounting for 75 out of the total 77 cases.