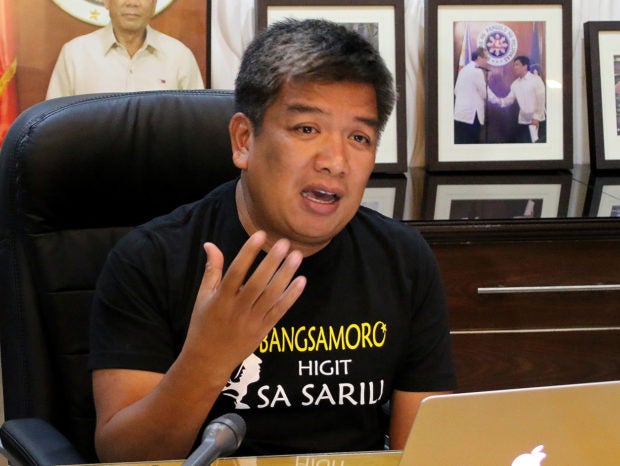 MANILA, Philippines — Basilan Rep. Mujiv Hataman has joined calls for authorities to hold accountable not just the gunmen, but also the mastermind behind the ambush that killed two police officers and wounded three others in Maguindanao.

Hataman denounced “in the strongest terms” the killing of Ampatuan town police chief Lt. Reynaldo Samson, and his security aide and driver Corporal Salipudin Endab, who were in Barangay Kapinpilan, Ampatuan town on Tuesday to serve a warrant of arrest on a wanted suspect.

(We are deeply saddened by the killing of our police officers fulfilling their duties of enforcing the law, promoting our security, and protecting our people.)

His sadness turned to questions about how the perpetrators could have predicted the exact route and timing of the police officers’ arrival in the village.

(I call on the PNP to thoroughly investigate the incident, and hold liable not just the gunmen but also those who planned and knew of the said crime.)

Hataman also pleaded with the community to protect the police forces, which he deemed “essential” in safeguarding peace and order in their area.

(Let’s do what we can to help the police so the killers are brought to justice. We certainly don’t want to repeat an incident like this, in which our own police officers are endangered.)

Moro leader expressed condolences to the bereaved kin of the slain police officers and hoped that those injured in the attack would recover soon.

The PNP has since launched a region-wide pursuit in Central Mindanao to find the group behind the ambush that killed two and wounded three of their own.