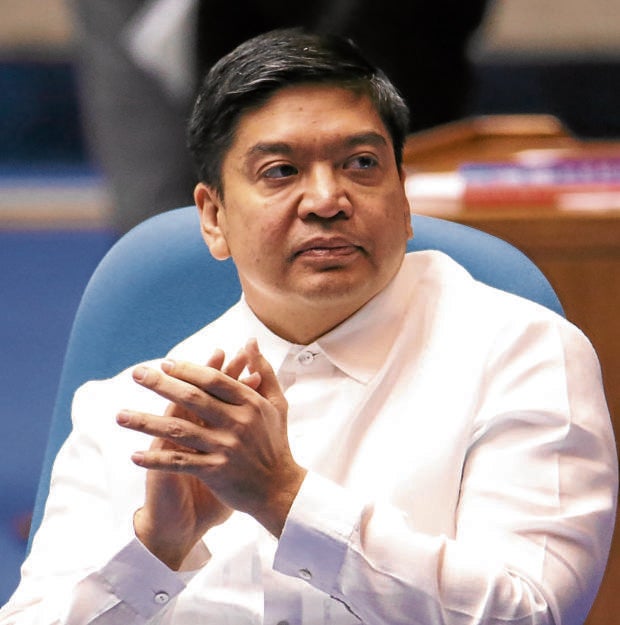 MANILA, Philippines — Congress should realign funds from the proposed P5.268 trillion national budget for 2023 to the service contracting program (SCP) in order to continue the “Libreng Sakay” scheme next year.

This was the call of Camarines Sur 2nd District Rep. LRay Villafuerte as he emphasized the valuable support that the free rides provide to the public amid the pandemic and rising cost of fuel.

According to the lawmaker, millions of commuters in Metro Manila are apparently benefitting from the program.

The Libreng Sakay scheme is carried out under the SCP of the Department of Transportation (DOTr).

“We need to provide budgetary support to Libreng Sakay for the government to sustain it next year as DOTr and DBM officials have confirmed that there was zero outlay in the NEP that was submitted to us by Malacañang last Monday, because the SCP was just a one-time, non-recurring expenditure, and not a regular item, that was included in the 2022 GAA based solely on the initiative of the 18th Congress,” Villafuerte said in a statement.

“Sustained financial support from us lawmakers is compelling because the reason for being cited by the previous Congress as well as the DBM for Libreng Sakay in 2022—the adverse impact of COVID-19 and the high fuel prices – still prevails,” he added.

On Thursday, after DOTr pleaded Congress for funding of the Libreng Sakay program in 2023, the Department of Budget and Management (DBM) said that allocation for the SCP is really not included in the National Expenditures Program (NEP).

The DBM explained that this is because the scheme is deemed as a non-recurring, one-time project – since it was only implemented to aid workers and commuters affected economically by the COVID-19 pandemic, and eventually, the increasing prices of oil products – and that its appropriation in 2022 was only “Congress-introduced.”

It further noted that funding for the program was not included in the 2023 NEP because oil prices are expected to stabilize next year.

During Thursday’s hearing of the House of Representatives’ committee on transportation, DOTr Undersecretary Mark Steven Pastor said they may need P12 billion to continue the Libreng Sakay program in 2023.

But Villafuerte on Friday expressed concern that the P12 billion may not be enough to ensure free public transport rides in Metro Manila for the whole year since the DOTr may increase the number of buses and transportation modes under the program.

For 2022, P7 billion has been allocated for the Libreng Sakay program but an additional P1.4 billion was released to extend its implementation until the end of this year.

“We have to winnow out in the  NEP submitted by Malacañang for 2023 the items for specific programs or projects whose outlays can be slashed, if not taken out completely, and realign such funds for essentials like the Libreng Sakay for Metro Manila commuters in the proposed GAA (General Appropriations Act) for next year,” Villafuerte noted.

“We don’t know yet if the P12 billion that the DOTr had ostensibly asked for Libreng Sakay is even enough for the Department to make good on its plan to increase the number of buses offering free rides along the EDSA Carousel route,” he added.

According to the lawmaker, a budget of more than P12 billion may be considered.

“We may have to consider a transport subsidy higher than P12 billion if such a bigger budget will allow the DOTr and LTFRB (Land Transportation Franchising and Regulatory Board) to fill the route’s maximum route capacity of 650 buses and thus do away with the ubiquitous long queues at the median bus stops, especially during the workweek rush hours,” he said.