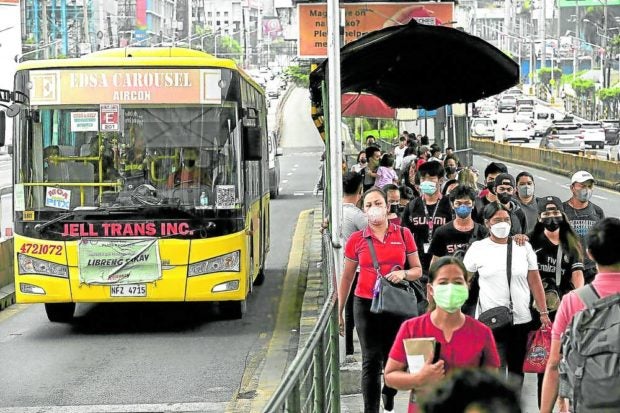 MANILA, Philippines — Active transport advocates have asked the Department of Transportation (DOTr) to reconsider its plan to ask for an additional P1.4 billion to sustain the government’s “Libreng Sakay” (free rides) program until the end of year.

Although Morillo acknowledged the benefits of offering free rides on the Edsa Busway Carousel route, he said Bautista’s concern about funding made it obvious that it would be challenging to keep the program going.

“[W]ith the budget that is needed to continue [Libreng Sakay], it seems obvious that the program is not sustainable,” Morillo told the Inquirer in an online message. “We understand if it will not be continued so long as commuter concerns are addressed by the government.”

President Ferdinand Marcos Jr. had approved the extension of the program until December. But Bautista later cited the need for an additional P1.4 billion budget to do this.

Ira Cruz, director of AltMobility, reiterated that the program “[was] not the solution to the transportation crisis.”

“The government should immediately introduce reforms to allow public transportation providers to focus on the quality of their service over profit, such as the proper implementation of a service contracting program that can give [public transport] providers the financial support they need to maintain reliable operations for commuters,” Cruz said.

Free rides at Edsa Carousel will continue until July 31