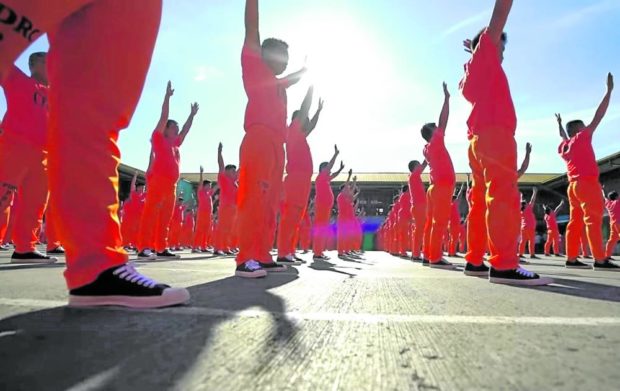 When she was governor of Cebu from 2004 to 2013, Garcia introduced livelihood programs at CPDRC to help inmates earn so they could use their savings once they were released from the provincial jail.

“The inmates, for one, have a community store. Whatever they earn will be divided so all of them will have an income,” she said.

CPDRC became popular because of its dancing inmates, who became a viral hit on the internet when their choreographed dance of Michael Jackson’s music video “Thriller” was posted on YouTube in 2007 by then prison consultant Byron Garcia, the governor’s brother.

The original post has so far earned more than 59.5 million views.

The detainees performed dance routines as part of their daily physical fitness program and rehabilitation, and many of their performances were filmed and released online, which attracted local and international audiences.

In 2010, the public viewing of the dancing inmates was suspended as the provincial government conducted an investigation into the donations and contributions allegedly received by the group.

This time, Governor Garcia said the provincial government had entered into an agreement with dancesport choreographer Edward Jayco to train the CPDRC inmates.

Since the provincial jail has been decongested, Garcia said they were now ready to accept inmates from Cebu’s municipal jails.

Jail that produced dancing inmates to produce boxers, too