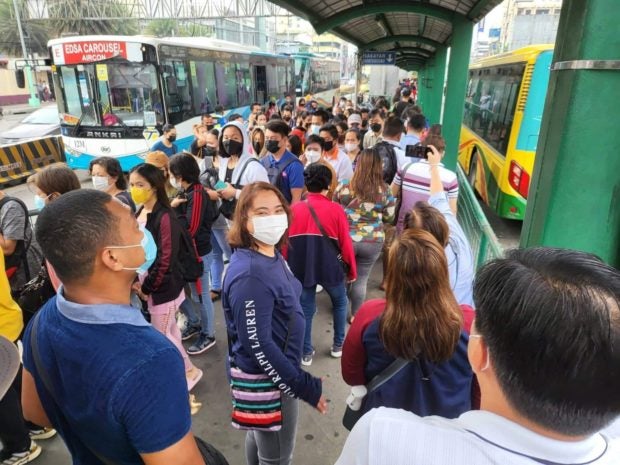 Newly-appointed chairperson of the Land Transportation Franchising and Regulatory Board (LTFRB), Atty. Cheloy Velicaria-Garafil, and some of her colleagues at the agency take the EDSA Busway on Tuesday, July 12, 2022, as part of her inspection. Photo from LTFRB

MANILA, Philippines — The new head of the Land Transportation Franchising and Regulatory Board (LTFRB) has promised to address the problems hounding the “Edsa Carousel,” as she tried commuting via the system incognito on Tuesday.

The LTFRB said in a statement that the LTFRB chairperson and several other officials started their journey from the Edsa Busway Monumenta at 7 a.m. all the way to the final station at PITX in Parañaque City.

In an interview over DZMM Teleradyo, Garafil explained that she tried traveling using the Edsa Carousel to experience first-hand what commuters go through every day, especially during rush hour.

(We went there because I wanted to experience the rush hour, how deployment is being carried out, loading and unloading, as well as behaviors.)

According to her, the activity led her to discover several issues.

(So we want to fix it a bit to make the ride seamless, and to see the viability of the routes.) 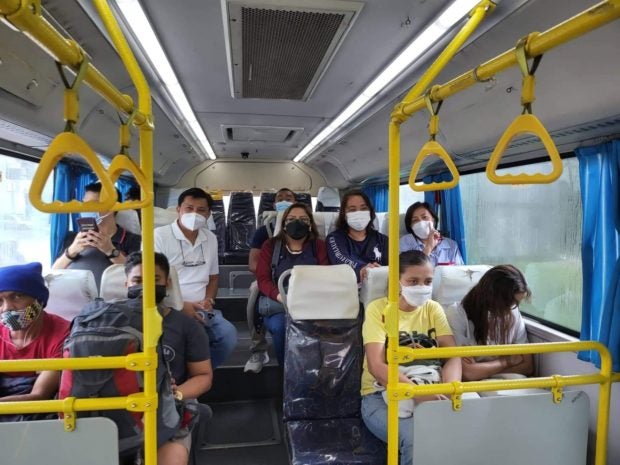 Newly-appointed chairperson of the Land Transportation Franchising and Regulatory Board (LTFRB), Atty. Cheloy Velicaria-Garafil, and some of her colleagues at the agency take the EDSA Busway on Tuesday, July 12, 2022, as part of her inspection. Photo from LTFRB

Garafil also disclosed that the LTFRB is currently forming its road rationalization plan, especially with the looming resumption of in-person classes.

(Actually, Transport Sec. Bautista had already called for an inter-agency meeting this Friday and he will meet DepEd, PNP, DILG, and MMDA, and all those involved in the transport sector to discuss what will be the direction and policies toward school opening in November.)

She then noted that the LTFRB has been meeting with different transport groups to address their concerns.

(My promise to them is that our office is open for their concerns, because communication is really important, especially as a regulatory body.)

“Maganda naco-communicate nae-explain at lahat ng hinaing nila na-a-address (it’s good that we can communicate, explain and address all their grievances,” she added.

Garafi then promised that this will not be the last time that she would travel incognito through various public transportation.

(So I will really find time to observe and ride so that we can really see what the commuters are going through.)

The free Edsa Carousel ride was initially only offered until the end of this month. But it has been extended until December.