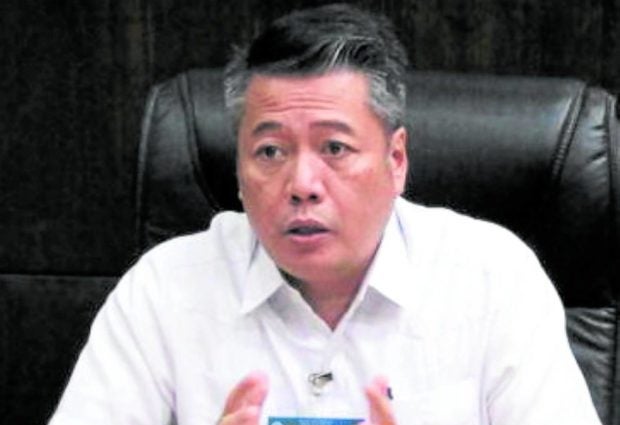 MANILA, Philippines — Six officials of the Bureau of Customs (BOC) in the Port of Subic were relieved from their posts while the agency investigates the alleged smuggling of sugar in the country.

According to Ruiz, the six were temporarily transferred to the Office of the Commissioner.

Martin declined to comment on her transfer, while the other relieved officials were not immediately available for comment.

On Aug. 18, cargo vessel MV Bangpakaew from Thailand was intercepted in Subic by the BOC and was discovered to carry at least 140,000 bags, or 7,021 metric tons (MT), of imported sugar.

The import permit used for the cargo was reportedly recycled, which means it was already used in an old sugar allocation, and the consignee of the imported sugar was identified as Oro-Agritrade Inc., the BOC said.

The Thai exporter was listed as Ruamkamlarp Export Co. Ltd. while the local customs broker was identified as a certain Malou Buerano.

The cargo was covered by a “special permit to discharge” and other administrative documents from the BOC, as well as a verified clearance from the Sugar Regulatory Administration (SRA) issued by Rondell Manjarres, named in the SRA website as officer in charge of the licensing and monitoring division.

The 7,021 MT of Thai white refined sugar had a total tax payment valued at around P45.62 million.

Rolen Paulino, the administrator of the Subic Bay Metropolitan Authority, said the cargo vessel was being held pending an investigation.

Press Secretary Trixie Cruz Angeles on Wednesday said “heads may roll” at the BOC if evidence would show that the bureau’s port personnel were conniving with smugglers using recycled sugar import permits.

She added that those found administratively liable could face dismissal from office without prejudice to the filing of criminal charges against them.

Meanwhile, Angeles said BOC operatives had extended to Mindanao their inspection of warehouses suspected of storing hoarded or smuggled sugar as part of the government’s campaign to bring down the price of sugar.

The BOC’s Customs Intelligence and Investigation Service (CIIS) said there were 466,142 sacks of sugar in the inventory, of which 264,000 have already been sold to businessmen but have not yet been discharged from the warehouse.

The warehouse manager, Javier Sagarbarria, was given time to produce transaction documents to prove that the sacks of sugar found in the warehouse were “authorized stocks.”

Sagarbarria claimed the person who had the documents was not around. He also said the warehouse stores 2 million bags of sugar a year.

“The government crackdown against hoarders and profiteers is part of the campaign of the Marcos government to bring down the price of sugar,” Angeles said, referring to the inspections of warehouses conducted by the BOC in several provinces.

Angeles said that even if the sugar stocks found in the warehouses were legitimately imported, the owners have to prove that they were not being hoarded. The SRA and the Department of Trade and Industry will also conduct their own investigation.

“What’s important is we are seeing the true state of our market. Is there really sugar available? Will [the supply] really run out by the end of the month? If not, and we can see there is sugar but for some reason it’s not being brought to the market, then at least, we can determine if importing is right and we can compute if the amount to be imported is correct,” she explained.

“After that period, we’ll go back to the dictates of market prices,” the secretary said.

If the P70-a-kilo selling period would be extended, Angeles said the government would find ways to assist the small supermarkets.