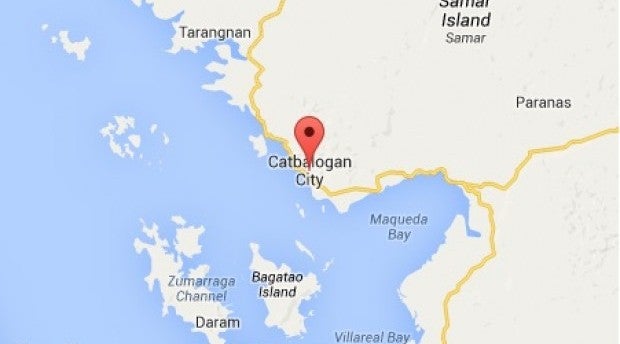 MANILA, Philippines — A motorized boat reportedly carrying armed individuals exploded in Samar on Monday morning, as government troops were chasing them after a 20-minute gunfight near a “shoreline north of Catbalogan City.”

The Armed Forces of the Philippines (AFP) said in a statement that an exchange of fire ensued when a group on board a motorized boat suddenly shot soldiers who initially approached them for a “plain view inspection.”

The military said they conducted “a water-borne interdiction operation” after receiving information that “a group of armed individuals boarded a motorized boat with boxes from a shoreline north of Catbalogan City.”

(While our troops were approaching, we asked for their permission for a plain view inspection. However, they opened fire at our soldiers who were still talking at the time – good thing no one was hit, then a chase followed. And then suddenly, the motorized boat exploded.)

(Right now, we are still determining who the people that our troops had an encounter are. We are monitoring the shorelines in support of the anti-illegal fishing campaign and criminal gangs eluding arrest – the CPP-NPA is also using this area in transporting personnel, firearms, and anti-personnel mines.)

“Revelation ito ng mga kasamahan nilang (NPA) nagbalik-loob na sa gobyerno (this is a revelation of their colleagues who have surrendered to the government,” he also said.

But there were reports that among those on board the motorized boat were Benito Tiamzon and his wife, Wilma, although Captain Ryan Layug, spokesperson of the 8th Infantry Division based in Catbalogan, declined to confirm.

Benito was the chair of the Communist Party of the Philippines-National Democratic Front, while his wife was the group’s secretary general.

Layug also said Army soldiers sailed in the waters off Barangay Canhawan Guti, an island-village, in Catbalogan, after receiving reports that an armed group was spotted on board a motorized boat.

He likewise said that the boat exploded during the gunfight, and that they will find out what caused the explosion and what happened to the individuals on board.

Cop killed in encounter with suspected NPA rebels in Samar