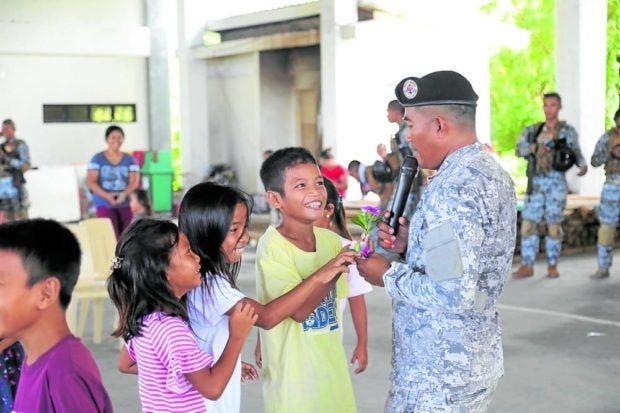 MANILA, Philippines — Two Philippine Coast Guard (PCG) officers have been deployed to one of the country’s most far-flung islands not just to protect the seas but to mold young minds, as the country resumes its in-person classes on Monday.

“We saw the need for more teachers on the island … That’s why we coordinated with Kalayaan Mayor Roberto del Mundo so we can extend help to the school,” Supangan said.

The PCG has been sending its teachers to the island since 2014 as part of an agreement with the multi-island town of Kalayaan, a sixth-class municipality.

The island opened a school in 2012 as a form of the country’s assertion of its rights in the West Philippine Sea. From being an elementary school, it would now cater to Grades 1 to 10 starting this year.

Pag-asa, one of the nine Philippine-occupied outposts in the Kalayaan Islands, is 400 kilometers from mainland Palawan province. It has about a hundred civilian residents.