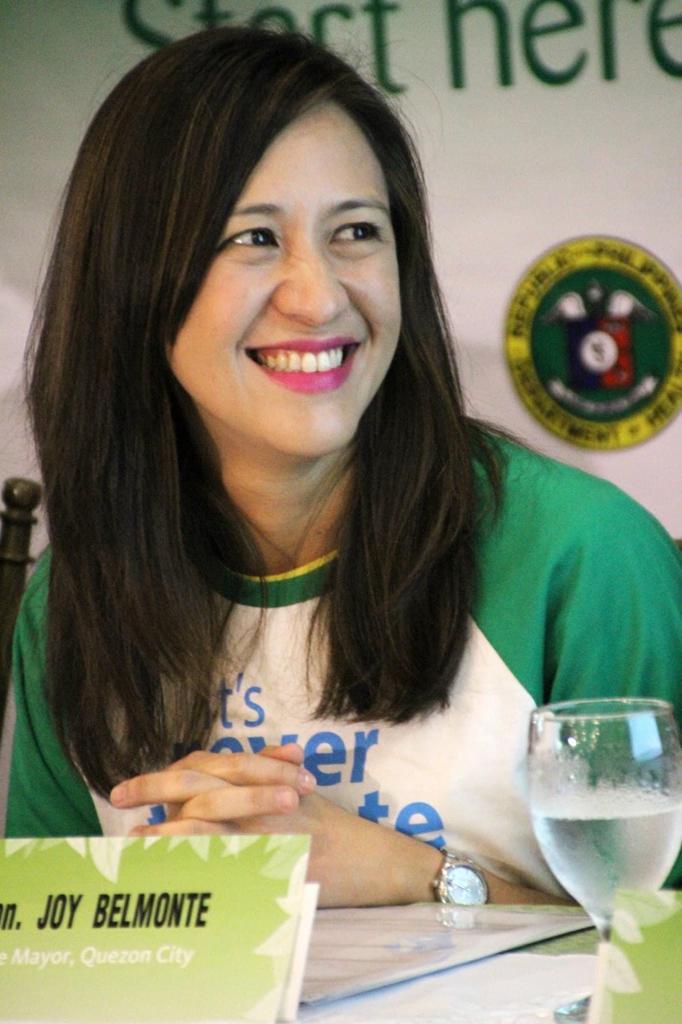 Even before it shut down for good a few days ago, the property of Colegio de San Lorenzo (CDSL) was about to be sold, and violations, such as the school’s lack of building permit, were already up for investigation, Quezon City Mayor Joy Belmonte disclosed on Thursday.

According to Belmonte, CDSL owners approached the local government of Quezon City manifesting their intention to sell the school property, but she told the owners to come up with a proposal.

“Now, I just learned that the school was sold but the sale wasn’t fully completed,” Belmonte said in an interview with One News PH. “My question is why did they decide to continue with this school year if they decided to sell the school property?”

She did not elaborate on CDSL’s sale and has yet to respond to the Inquirer’s queries.

READ: Colegio de San Lorenzo did not inform DepEd of intent to close

The legal liability concerning its closure and sale will have to be faced by CDSL’s original owner, Belmonte added.

But should charges be filed, she said it should be those affected by the situation—the parents and students—who should seek the legal remedies, “although the city government is more than willing to provide legal assistance.”

Belmonte also revealed that a complaint was filed against the school in 2020 at the Quezon City government, blaming CDSL for the flooding along Congressional Avenue, where the school is located.

“I had the city building officials look into this … and we found that they have no building permit at all,” she disclosed.

“The city building official gave them so many warnings to rectify the situation, but there were no rectifications at all,” she added.

CDSL also violated the country’s building code, as the school was built on top of a creek, causing floods along Congressional Aveue, Belmonte said.

“The (local government) will hold CDSL responsible for all violations that will be discovered and proven,” Casimiro told the Inquirer in a text message.

Belmonte said the city’s building officials were already processing the filing of a case against the school’s original owner, with their business permit now considered revoked.

CDSL, for its part, on Wednesday said it was not feasible to continue classes for graduating students even through an online approach, following appeals raised to the school’s counsel during the general assembly on Monday.

“Unfortunately, we regret to inform you that after deliberations on this matter, such option is not feasible given the circumstances of the school,” CDSL, which abruptly announced its permanent closure on the supposed first day of classes, said in a statement.

RJ Taganas, Office of the Student Affairs director, confirmed that officials of the school went to the Department of Education (DepEd) National Capital Region office on Thursday to meet and discuss the closure and how the affected students can be supported.

No further details have been provided regarding the meeting as CDSL lawyers declined to face the media.According to DepEd spokesperson Michael Poa, he has yet to receive the report from the regional office on the deliberations of the meeting.

More schools have offered to absorb the displaced students and staff of CDSL, with some offering the same tuition rates as the shuttered private school.

The Quezon City University, Thames International, UST Angelicum College, Trinity College of Asia and Apec V. Luna said they would open their doors to the students affected by the closure.

UST Angelicum, a private Catholic basic and higher education school run by the Dominican order, was one of the first to offer assistance to the more than 717 students from nursery to grade 12, and 652 college students, including 172 graduating students, affected by CDSL’s closure.

CDSL cited financial reasons and low enrollment turnout over the past years during the COVID-19 pandemic as to why it decided to shut down.

It promised to refund the students’ tuition and other miscellaneous fees such as uniforms, and coordinate with the schools where the students are set to transfer.

According to Casimiro, criminal, administrative and civil actions will depend on any complaint to be filed by the affected parties, either through court action or through the DepEd or the Commission on Higher Education, which is also looking into the possible violations of CDSL’s sudden closure.

Read Next
Baclaran, Quiapo eyed as heritage sites
EDITORS' PICK
Percy Lapid’s kin: ‘We demand that his cowardly assassins be brought to justice’
Nothing’s certain so here’s how everyday Filipinos can make the most out of their Plan B
Do all the things you do, faster
PNP vows to bring justice for slain Percy Lapid; says probe underway
House energy committee chair Arroyo bats for cheap electricity
‘Seniority’ requirement despite vacant posts in DOH bothers senators
MOST READ
Student stabs teacher dead in Samar town
Not rehired?: Trixie Cruz-Angeles not on list of reappointed Cabinet execs
Final net satisfaction rating slightly decreases for Robredo, Sotto — SWS
Heart Evangelista to stay abroad ‘indefinitely’: ‘Hindi muna ako babalik’
Don't miss out on the latest news and information.