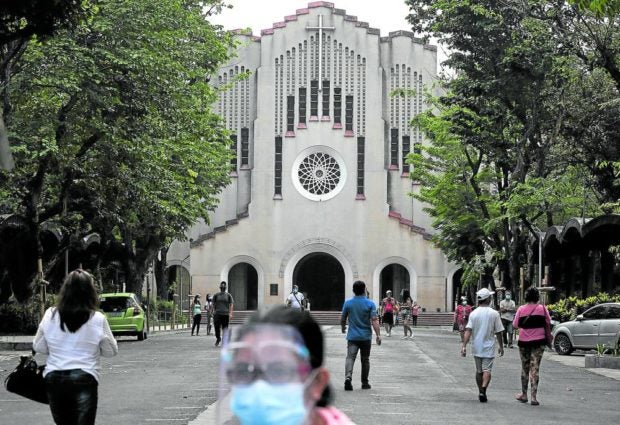 SITE OF HOPE The Baclaran Church has been popular to devotees since the 1930s. —INQUIRER FILE PHOTO

Separate bills have been filed in the House of Representatives calling for Baclaran Church, San Sebastian Church, Quiapo Church, Plaza Miranda, and Plaza del Carmen to be declared as national heritage sites to ensure the preservation and restoration of the structures and their surroundings.

In his explanatory note on House Bill No. 142, Parañaque Rep. Edwin Olivarez said Baclaran Church, also known as the National Shrine of Our Mother of Perpetual Help, has been “part of the sociocultural landscape of the country, particularly in Metro Manila, and has been a pilgrim site among the millions of Marian devotees in the Philippines.”

According to him, it was important for the government to act to preserve and conserve “this important cultural site, and protect and secure the thousands of pilgrims and tourists” who attend Mass and pray the novena, especially on Wednesdays, popularly known in Metro Manila as “Baclaran Day.”

Under HB 142, once Baclaran Church and its “immediate environs” is declared a heritage site and tourist destination, the Department of Tourism, the National Historical Commission of the Philippines and the Parañaque city government should prioritize its development and draft a plan that should include the construction, installation, and maintenance of facilities and infrastructure to improve and ensure the preservation its historical significance.

In Manila Rep. Joel Chua’s HB 3750, or the proposed Quiapo Heritage Zone Act, the area to be declared as a national heritage site would cover Quiapo Church or the Minor Basilica of the Black Nazarene, Plaza Miranda, San Sebastian Church, Plaza del Carmen and their immediate vicinity to make them the focus of government efforts in infrastructure restoration and cultural preservation.

“Manila needs a heritage zone not just to create jobs, but to help uplift the reputation of the city in the Philippines and in the world. Currently, there are two heritage zones in the city of Manila. However, this is not enough to support the vibrant capital,” Chua said.

He added that through his bill, the churches and their surroundings would get the attention they deserve through the “restoration of their infrastructures, preservation of culture and the rehabilitation of the community as a whole.”