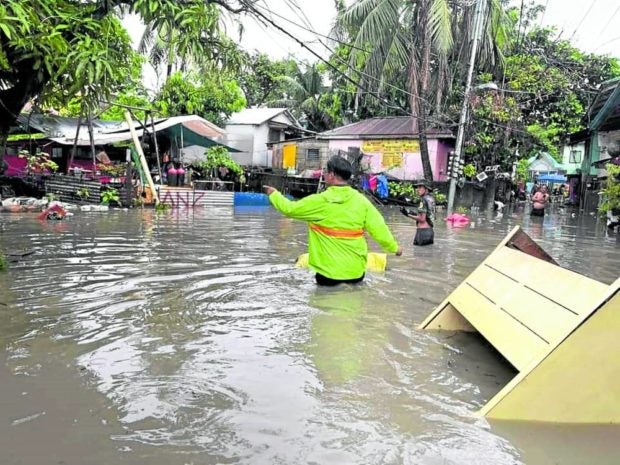 CEBU CITY — Informal settlers staying on and along the seven major rivers in this city will have to go.

The Cebu City government has decided to remove structures that encroached into the 3-meter easement zones of its rivers – Guadalupe, Kinalumsan, Mahiga, Lahug, Estero de Parian, Bulacao and Butuanon – to address severe flooding that have affected the city’s downtown villages, including major business districts, during heavy downpour.

Mayor Michael Rama said displaced households would be placed in temporary shelters first before they would be given units at the city-owned medium-rise buildings (MRBs) that would rise at South Road Properties (SRP).

The city government plans to build at least six MRBs where displaced households will be transferred, Rama said.

So far, only one MRB was completed. The building was built by Cebu Landmasters Inc. in Barangay Lorega-San Miguel through a public-private partnership. The city’s first MRB costs P115 million.

While waiting for the project’s completion, families displaced by the clearing operations would be housed in container vans, which would be purchased by the city government and placed at SRP.

“We [will] see to it that the medium-rise buildings are built. That is where we are leading to,” he said.

On Wednesday, a heavy downpour that started around 4 p.m. flooded several areas in the city – some in waist-deep water—and left many people stranded. It was the second time in just two weeks that the city experienced severe floods following heavy rains. 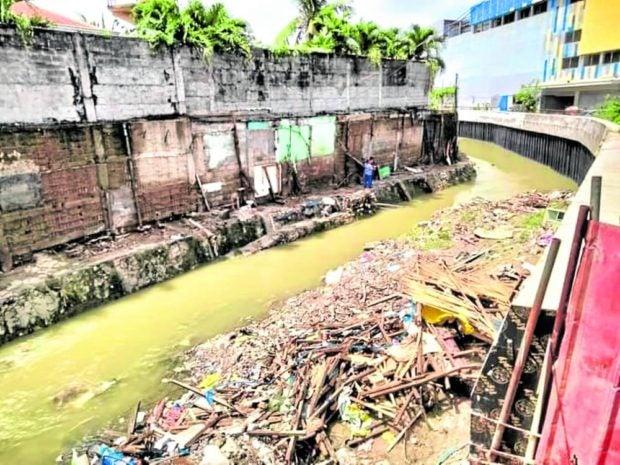 DEBRIS A pile of debris is left along the Kinalumsan River in Cebu City after the demolition of structures in the area on August 8, 2022. —PHOTO COURTESY OF THE CEBU CITY PUBLIC INFORMATION OFFICE

Rama, at the start of this month, announced the need to immediately start the clearing operations and enforce the 3-meter easement in the city’s rivers.

The mayor said commercial establishments that violated the easement zones would not be exempted.

At least 14,000 households would be affected by the clearing operations meant to not only mitigate the flood problem but also to beautify the riverbanks by transforming them into an esplanade or a promenade.

Councilor Jerry Guardo, chair of the Cebu City council’s committee on infrastructure, said the affected families who would voluntarily dismantle their houses built on the riverbanks would each receive P35,000 from City Hall.

“The city has long given the settlers notices to remove their houses and I think it’s high time for them to voluntarily evacuate,” he said.

In Bohol, a portion of a highway in Antequera town collapsed on Wednesday due to nonstop rains.

Melencia Galleno, 66, a resident of Purok 4 in Barangay Tabuan, said they earlier noticed small cracks in the area.

The rains, she said, caused the soil to rupture and eventually disintegrated at least 4 meters of national highway. Some cemented barriers fell into a cliff at least 5 meters deep.

A team from the first engineering district of the Department of Public Works and Highways has inspected the portion of the highway.

Caution tape and traffic cones have been temporarily placed on that area with a warning sign that motorists could only use one lane of the road. —REPORTS FROM NESTLE SEMILLA AND LEO UDTOHAN