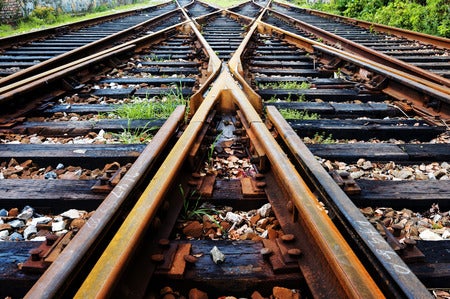 MANILA, Philippines — Two lawmakers from the House of Representatives have filed a resolution seeking an inquiry into the Mindanao Railway Project (MRP) which is allegedly being beset with right-of-way issues.

Davao City 1st District Rep. Paolo Duterte and Benguet Rep. Eric Yap said in a statement there is a need to check the manner in which the Department of Transportation (DOTr) has done its right-of-way acquisitions, saying they have received reports that the project would pass through key and densely populated areas.

The legislators filed House Bill No. 286, noting reports that revealed the project was conceptualized “without the appropriate geological surveys or proper public consultations with the affected communities.”

“It has come to our attention through various reports from the local communities affected that there are variations in the offers for [the] acquisition of right-of-way or expropriation of the private properties by the DOTr and/or its contractors, sub-contractors, or other service providers,” they said in the resolution.

“These variations in offers have substantial discrepancies from the actual Zonal Value or Fair Market Value of the properties affected […] among the properties covered include those located in Barangays New Visayas and Datu Abdul Dadia, both in Panabo City, among others,” they added.

According to them, several barangays in Davao City – such as Barangay Catalunan Grande – would be affected by the project.

Duterte and Yap quickly clarified, however, that they are not against the MRP, but that they only want a proper manner of identifying areas that would be affected by the plan to ensure that interests would be balanced.

“Further recent reports received revealed that the MRP will also traverse densely populated areas particularly in Davao City without the appropriate geological surveys or proper public consultation with the affected communities and/or subdivisions therein such as those situated in Brgy. Catalunan Grande, among others,” they said.

“There is a need to properly determine the correct and appropriate manner of identifying the areas where the MRP will traverse in order to ensure public safety and welfare while still being able to pursue the MRP for sustained growth and development in the region,” they added.

Last May 25, former DOTr undersecretary for railways Timothy Batan said they have not proceeded with the construction of the project as originally planned because the Philippine government asked for a review of the contractors that the Chinese government recommended for the MRP.

READ: With no contractors from China, Mindanao Railway Project hits the brakes

Batan also admitted in the report that they are encountering problems in creating the railway system because some affected residents have not agreed to sell their properties.

Originally, the construction of the MRP was supposed to start by the first half of 2022.

Duterte and Yap said their probe would revisit existing rules and regulations in terms of acquiring private land during public construction such as the Mindanao Railway Project.

“The inquiry and investigation will be in aid of legislation in order to revisit existing laws and rules on the manner of identifying the appropriate locations and/or areas of the MRP in addition to concerns of proper acquisition of right-of way and expropriation of private properties affected by government works, infrastructure, and other projects and to strengthen the same or come up with new and better mechanisms,” they said.

Both lawmakers noted that the project has three phases, and covers more than 1,530 kilometers of circumferential and spur rail lines that would connect the Davao provinces, Iligan City, Cagayan de Oro City, General Santos City, and parts of Zamboanga.

This is the first rail system outside of Luzon.  Phase 1 of the project focuses on the Tagum-Davao-Digos segment, a 105-kilometer line that aims to reduce travel time from Davao del Norte to Davao del Sur from 3.5 hours to just 1.3 hours.

However, there have been concerns already about the possible noise pollution that the project would bring to certain communities, like Catalunan Grande, which has already issued a Barangay resolution raising concern about the MRP being a health hazard.