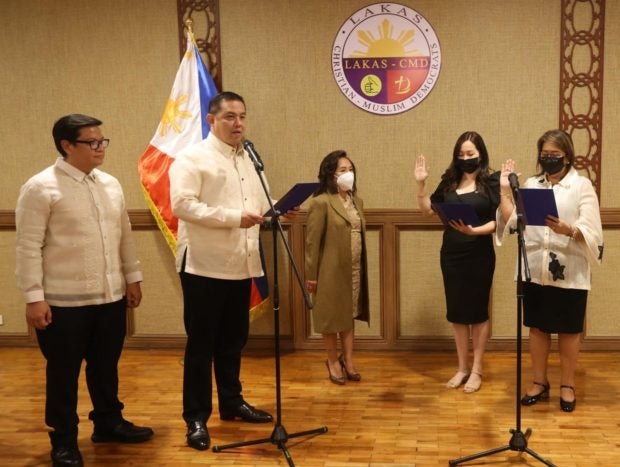 MANILA, Philippines — Two more lawmakers have joined the Lakas-Christian Muslim Democrats (Lakas-CMD), bringing the party’s total membership in the House of Representatives to 66.

“We are happy that two more colleagues of ours in the House have chosen to join us in Lakas-CMD,” Romualdez said.

“We look forward to having a fruitful and pleasant bonding and interaction with them and the rest of our members.”

With 66 congressmen and congresswomen affiliated with it, Lakas-CMD is now the largest political group in the House of Representatives this 19th Congress.